Bye Bye “Manfriend”, this lady has got herself a FIANCE!

So, apparently turning 30 isn’t so bad because this little lady got herself a FIANCE! It was the most special, fun, exciting, & joyous moment and it was 1,000x better than anything I could have imagined! 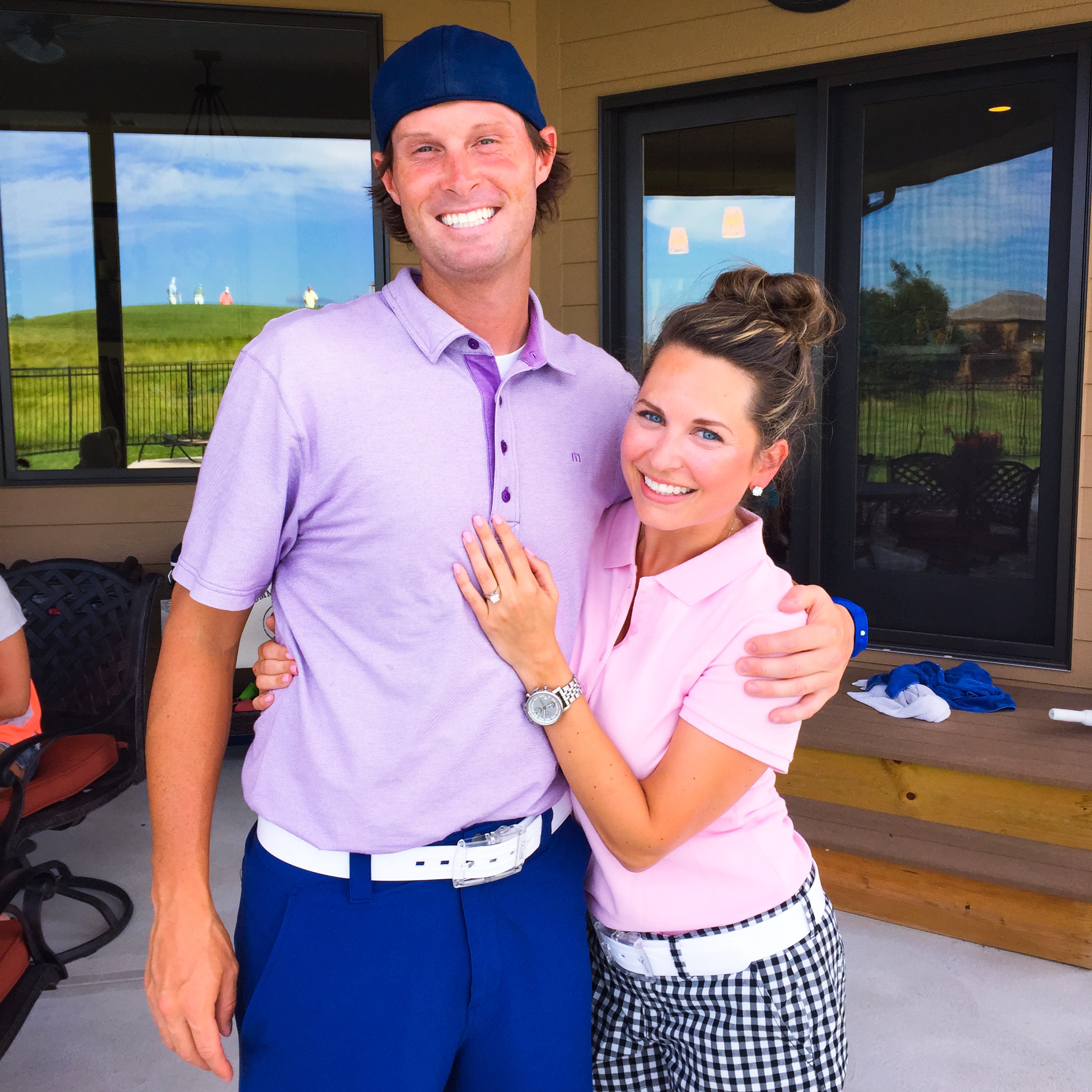 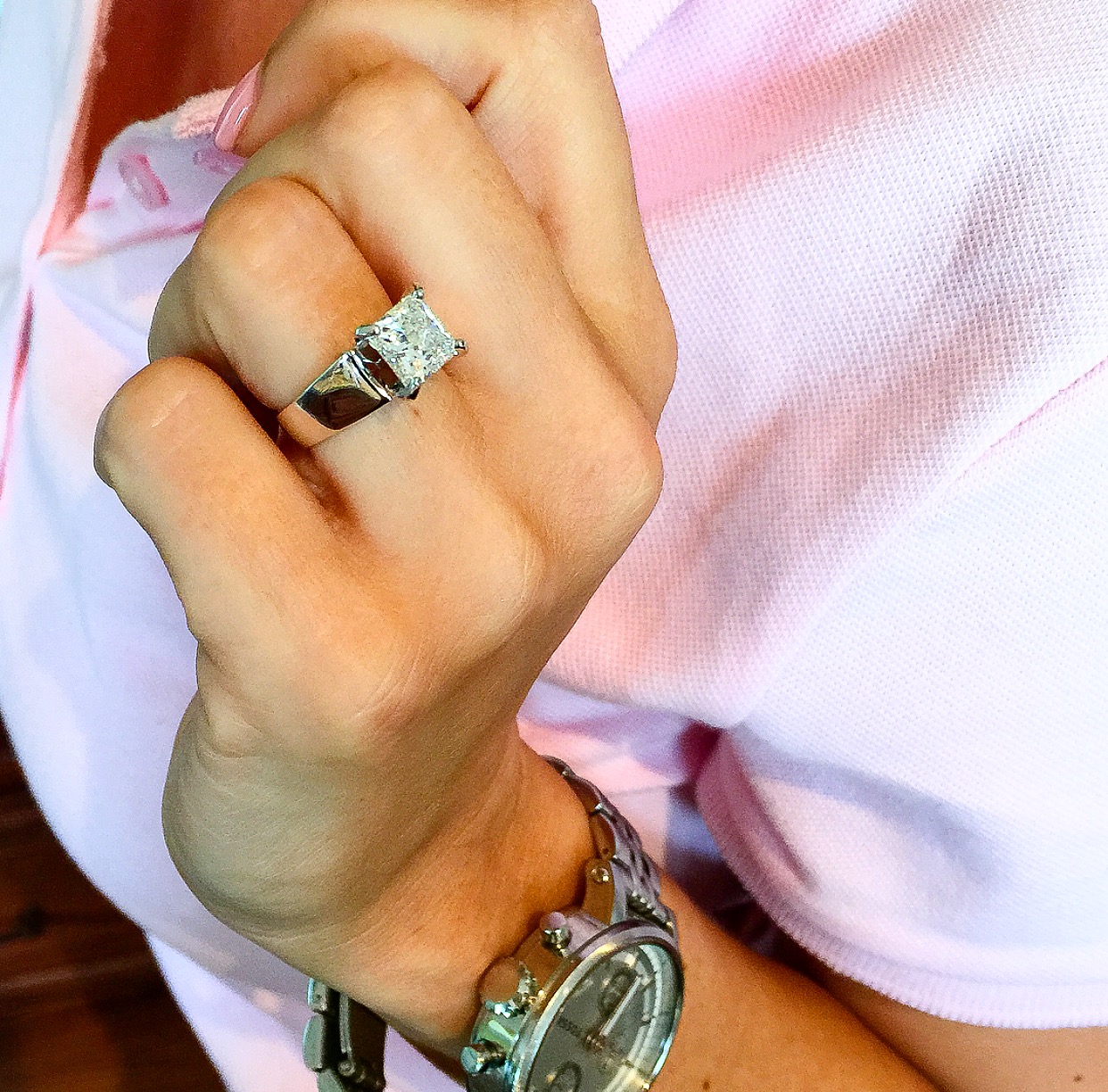 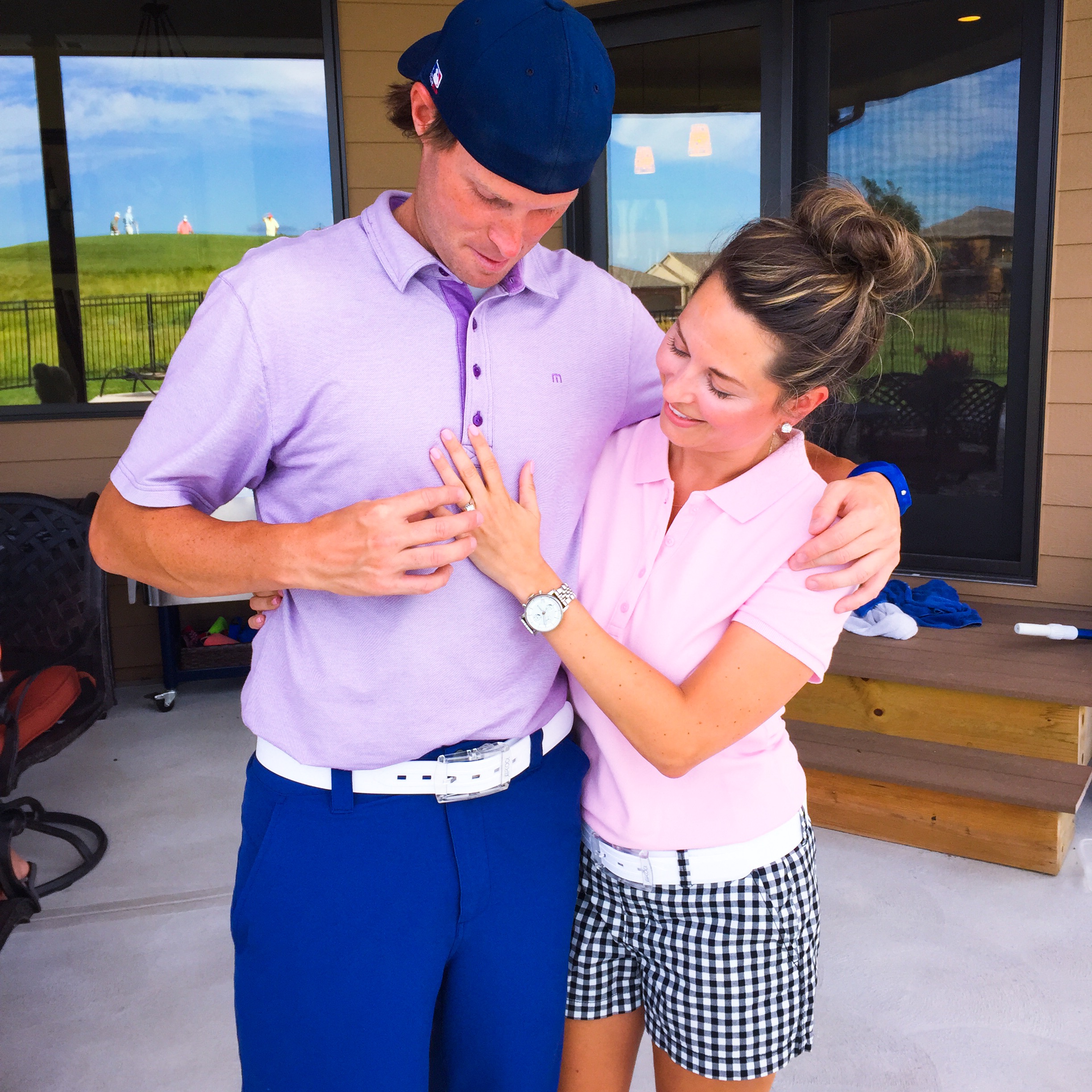 About 7 months ago, it hit me that I was going to turn 30 this year! Tone and I have been living our lives and lovin’ every minute of it, but a time comes when one realizes that we gotta move this thing along! And, that moment for me, was on NYE when I offered/gave him a little time-line ultimatum that I simply couldn’t bare the thought of turning thirty and us not being engaged! So, fast forward to July 21st (my birthday) and we’re driving to the country club that we are members at and where Tone plays a lot of golf.  How he convinced me to play golf on MY birthday is a miracle but I was being a good sport and I do enjoy a little golf every now and then.  So, we are driving to the club about 4:30 in the afternoon and I find myself getting a little mad because in my head I’m thinking like, “really??? You can’t even meet a 6 month and 21 day deadline?” because I had NO idea he was going to propose while we were playing!

So we get out to the first hole and of course I hit four terrible shots, two with driver and two with hybrid.  And then I get even more mad and frustrated and contemplated throwing in the towel and getting my drank on! But after a moment of venting, and a few heavy sips of my mandarin & soda, I was back in good spirits and then hit three really good chip shots! Like, it went straight and in the air.  Miracle, I know!  And then we get onto the green and I lip two putts and Tony kept insisting to me that I tap it in.  And after telling me that three times, I said “why does it matter? I shot like a 12 on this hole!” and then while bending down to pick up the ball, I noticed a little gray bag just sitting there so delicately in the hole.  I then bent down again to pick it up and the rest…. well it’s a big blur but I do know that he asked and I said yes!  And then our friends and family came out of the house that is right on the hole (they were inside watching the entire time!) and I was so happy to see everyone! And my GF, Michelle whom took these photos, crawled out of the bushes/ruff where she was secretly hiding taking pictures and TD & Karly (our friends who met us on the course) were video taping it with a GoPro! 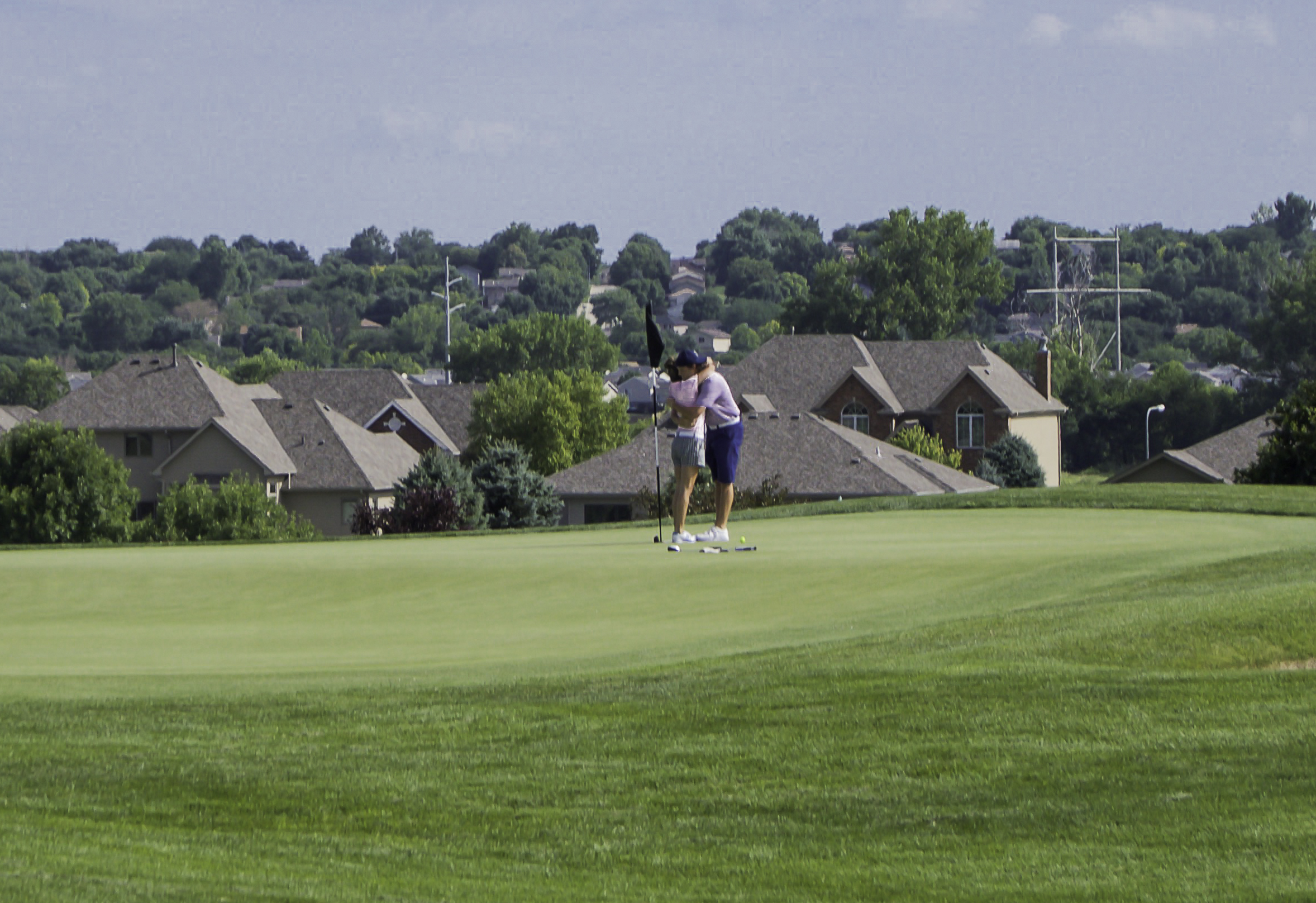 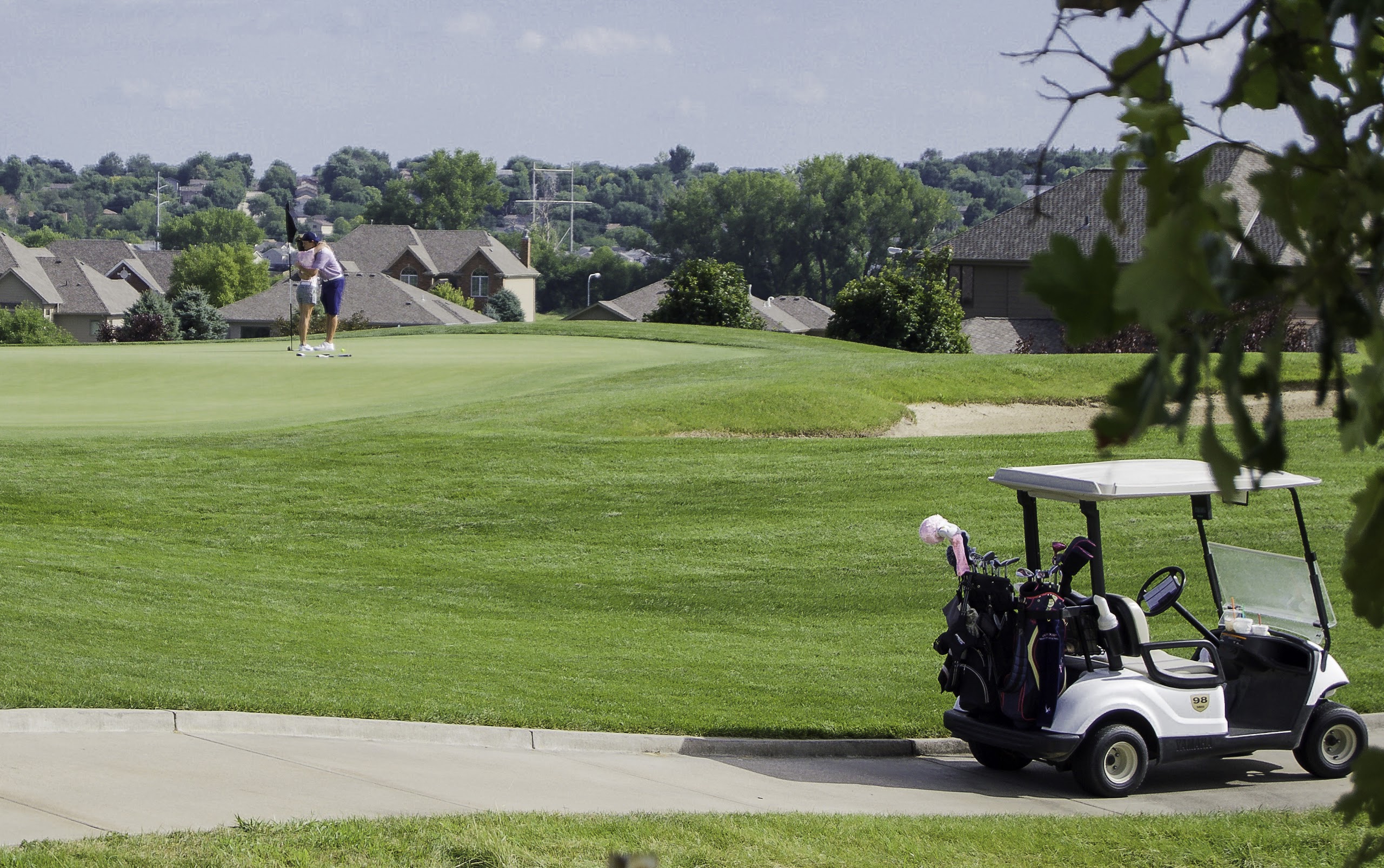 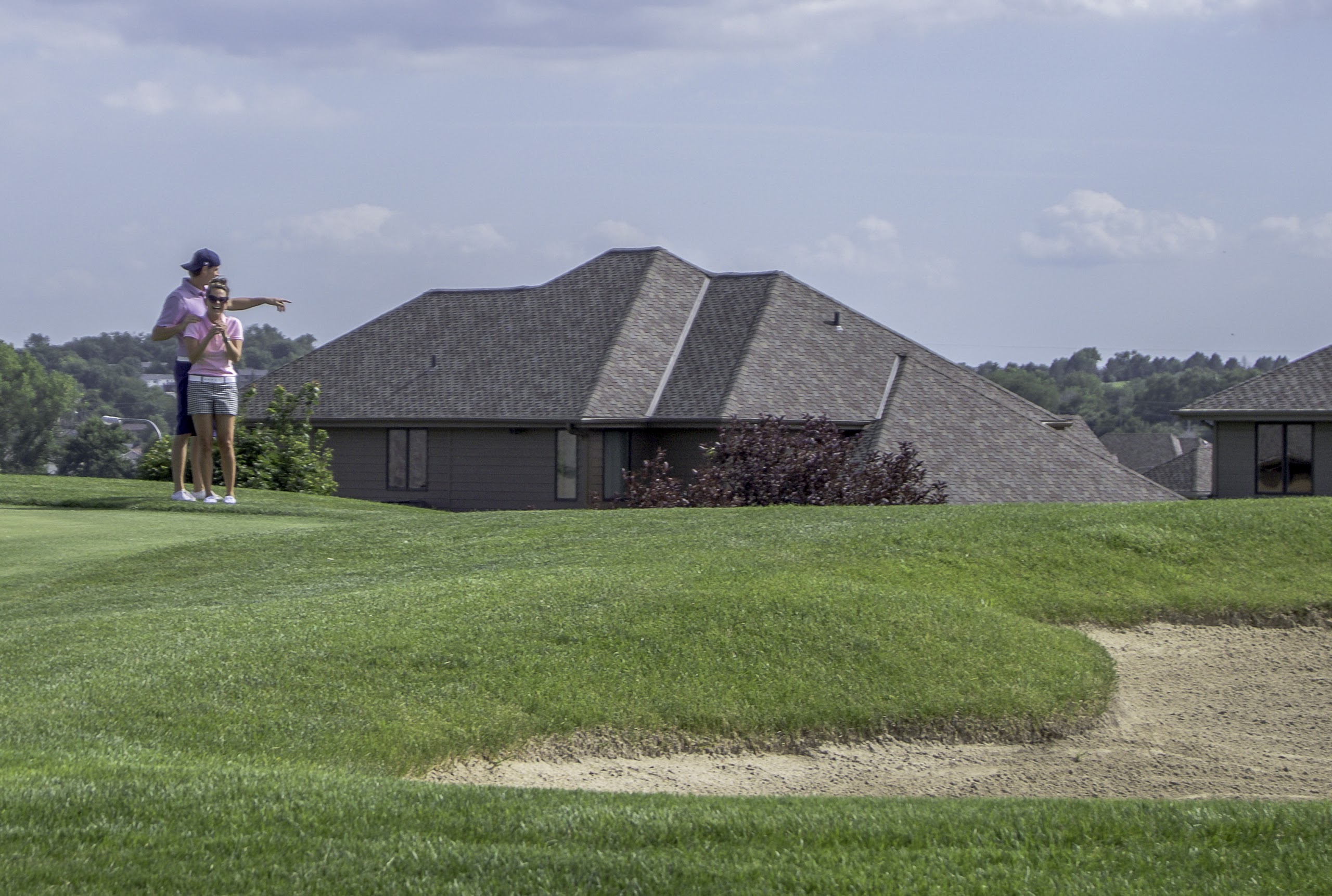 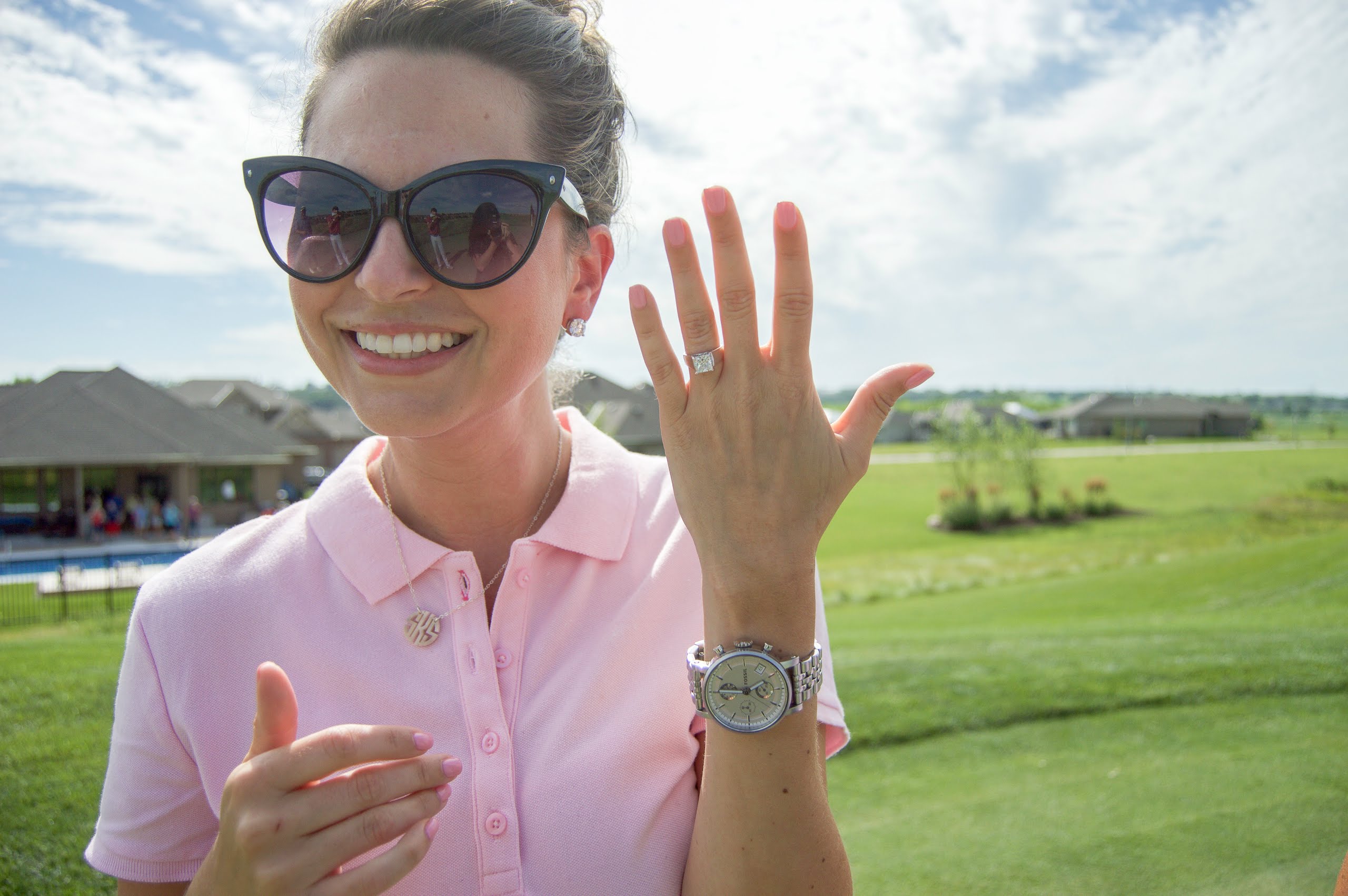 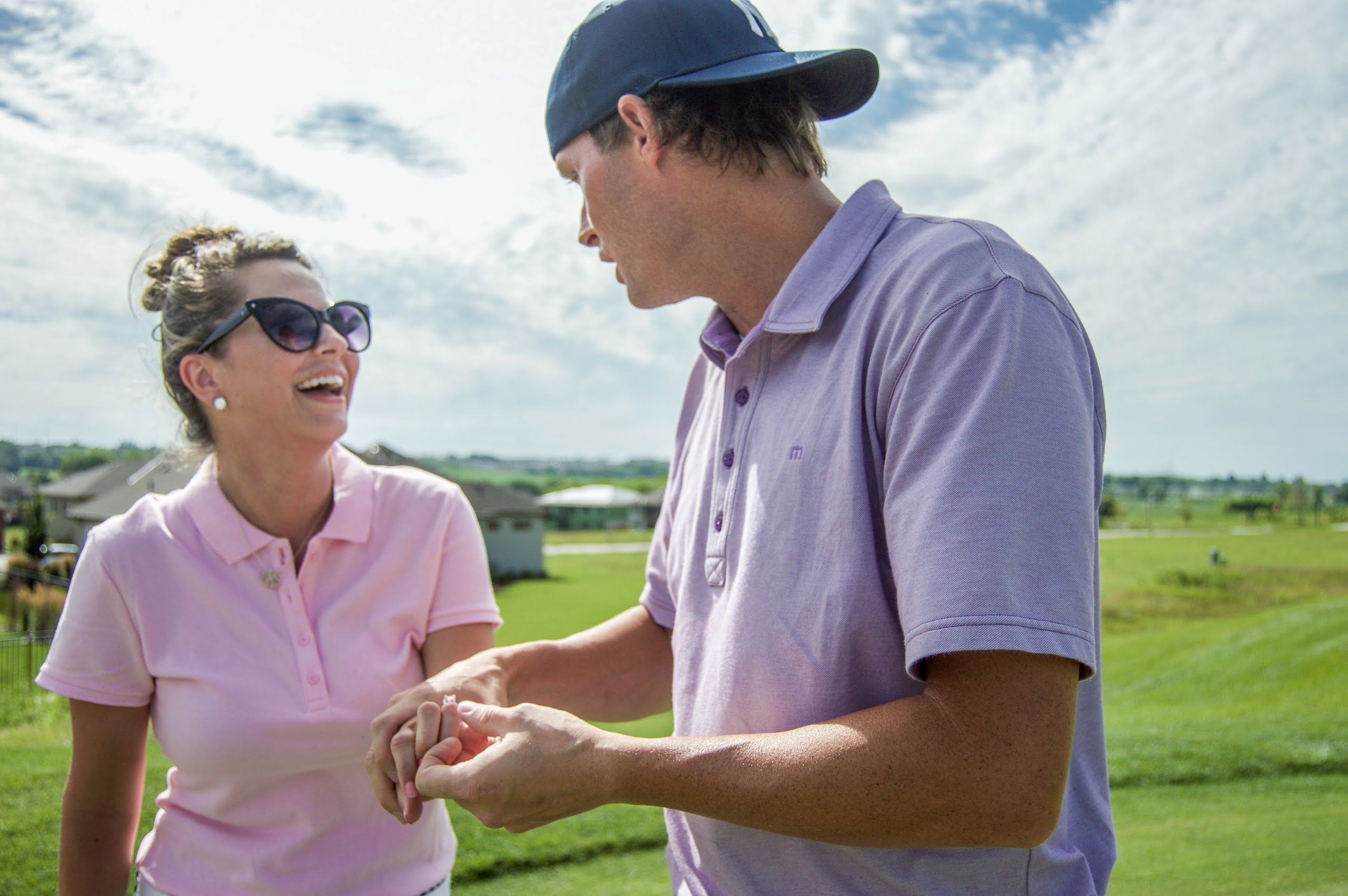 And then we went back to the Baranowski’s house to celebrate! I even asked him when it was over, “So, are we not golfing?” and he was like NO, we’re going to party babe! I was 99% thrilled about this, but there was a very tiny part of me that wanted to play because I actually hit three good shots on the one and only hole we played! 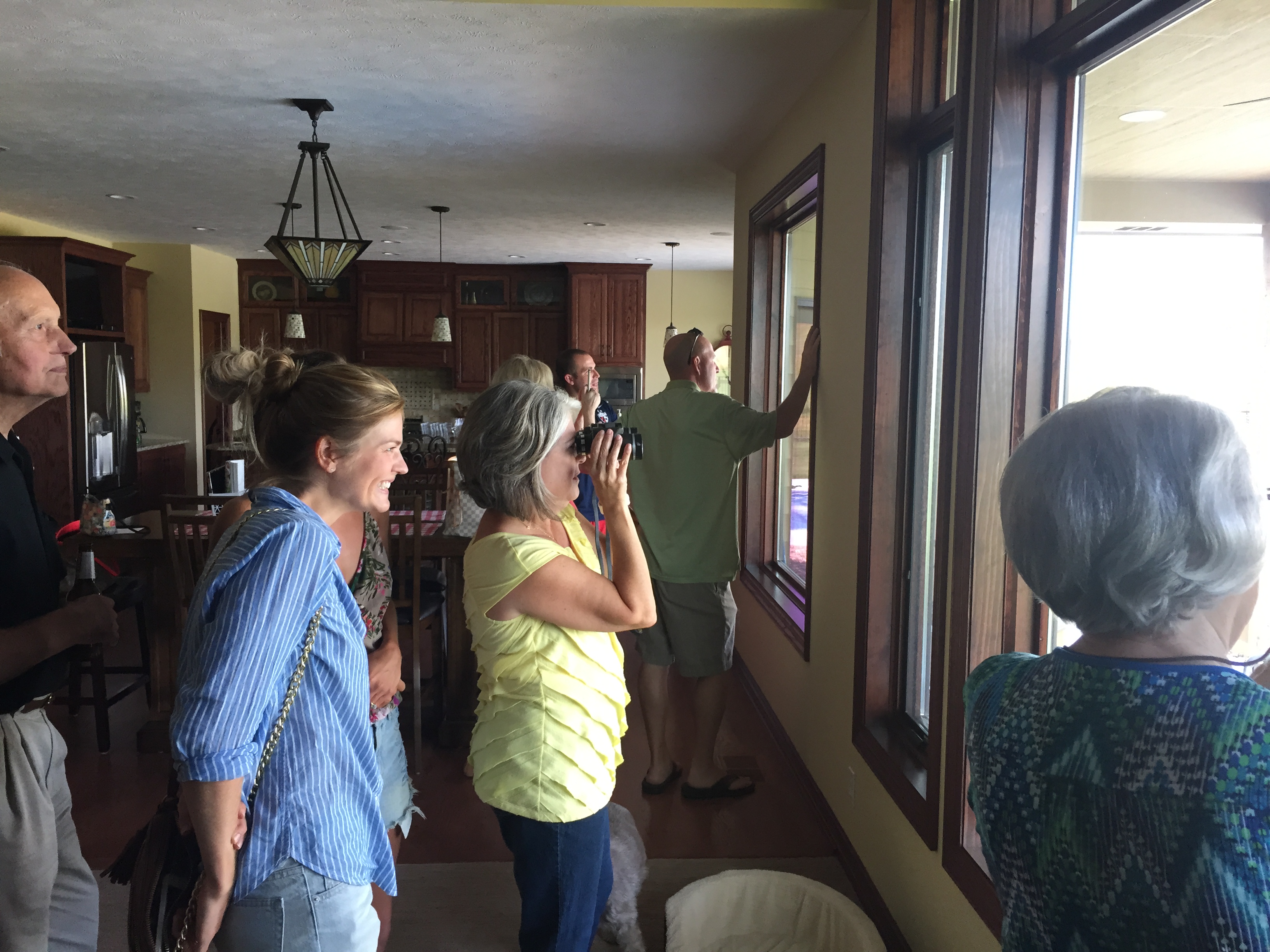 I see my mom busted out her binoculars! 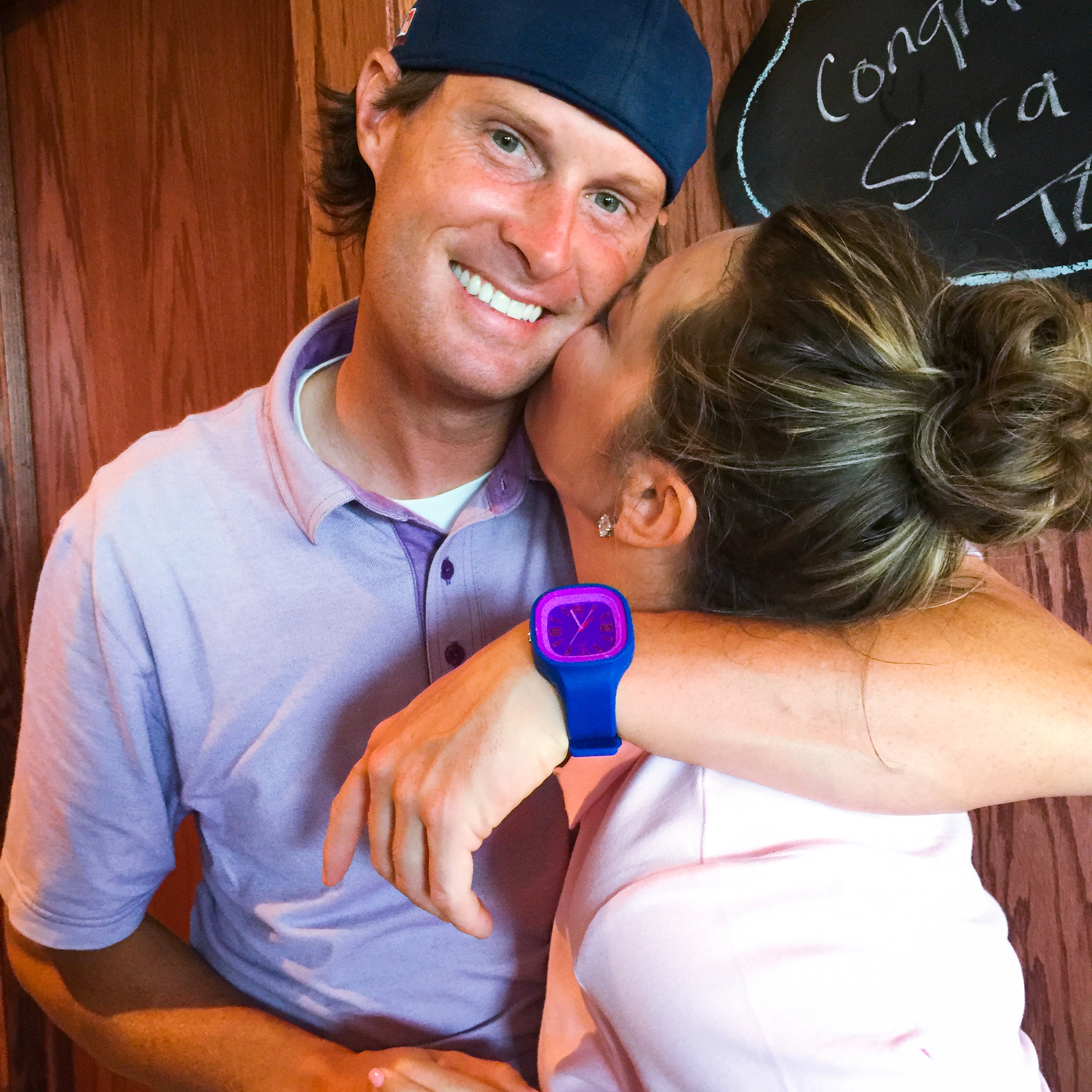 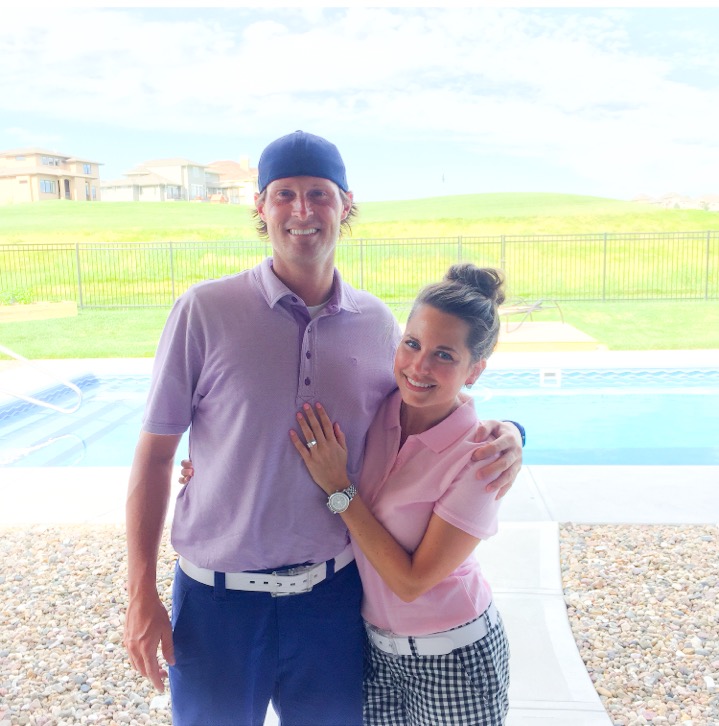 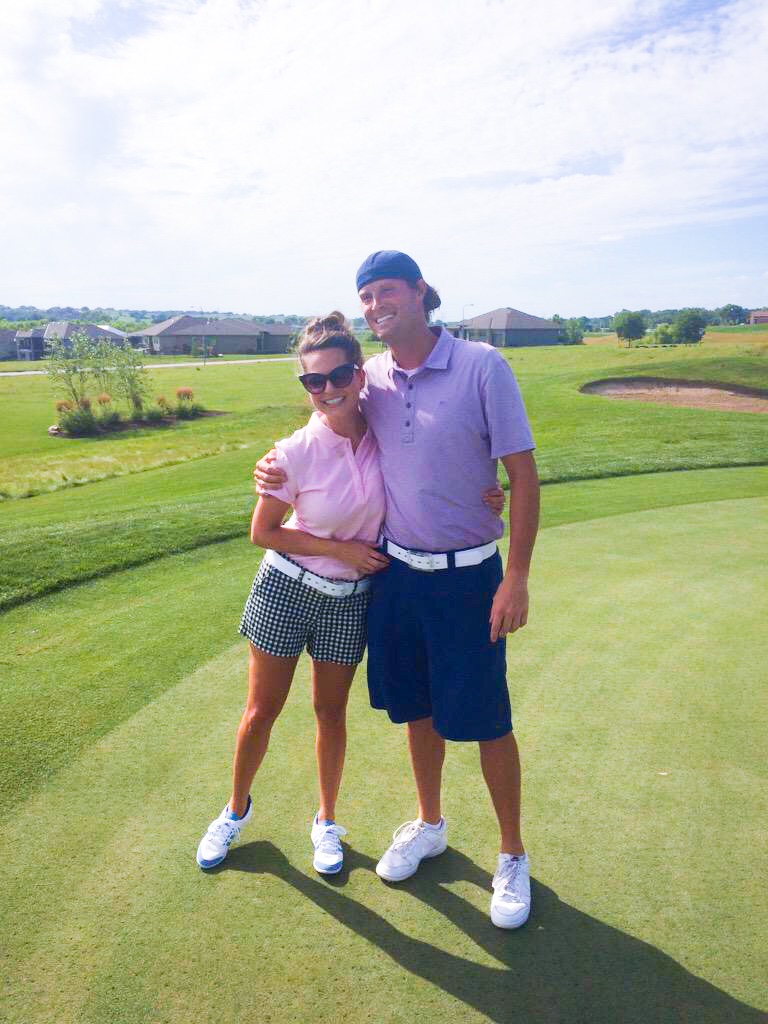 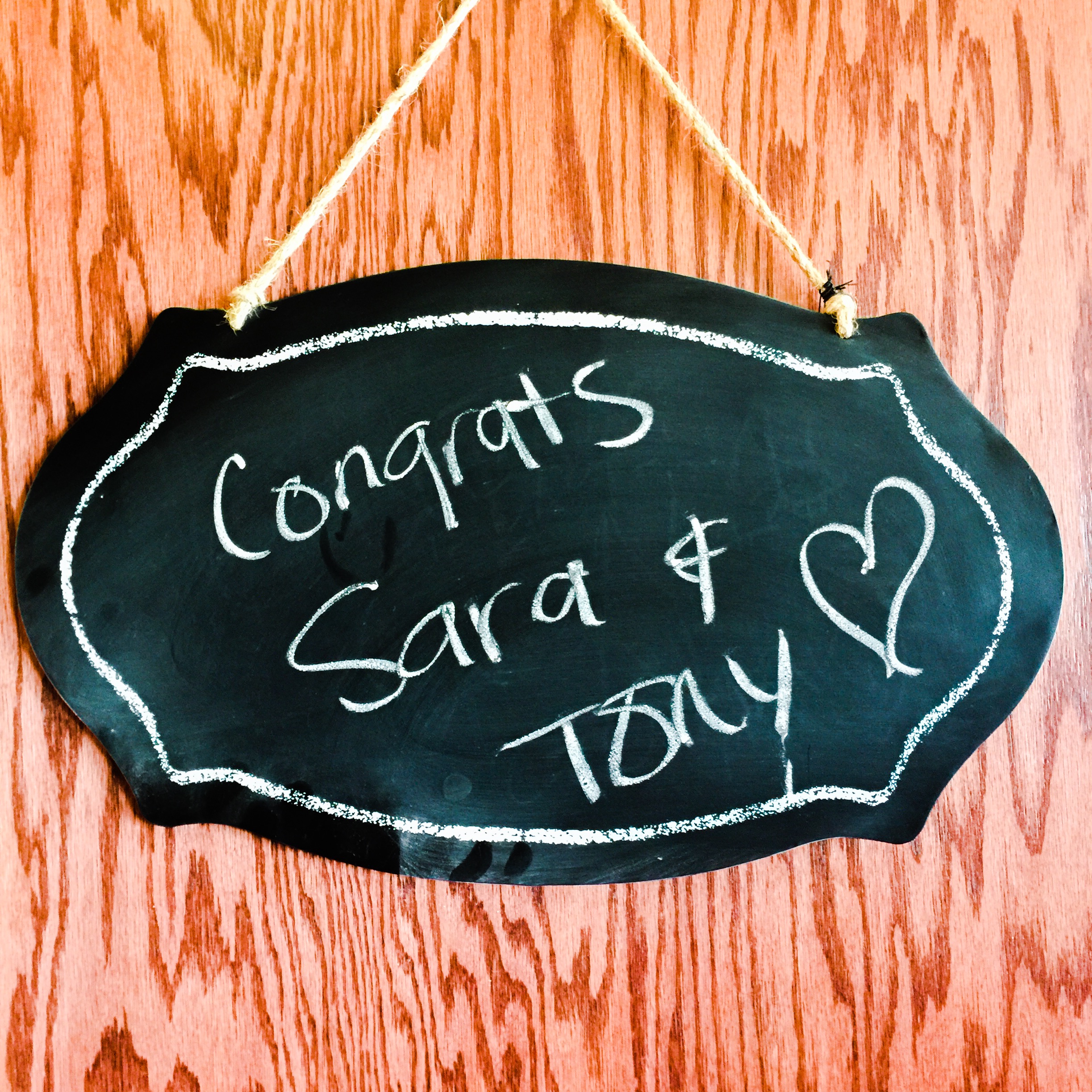 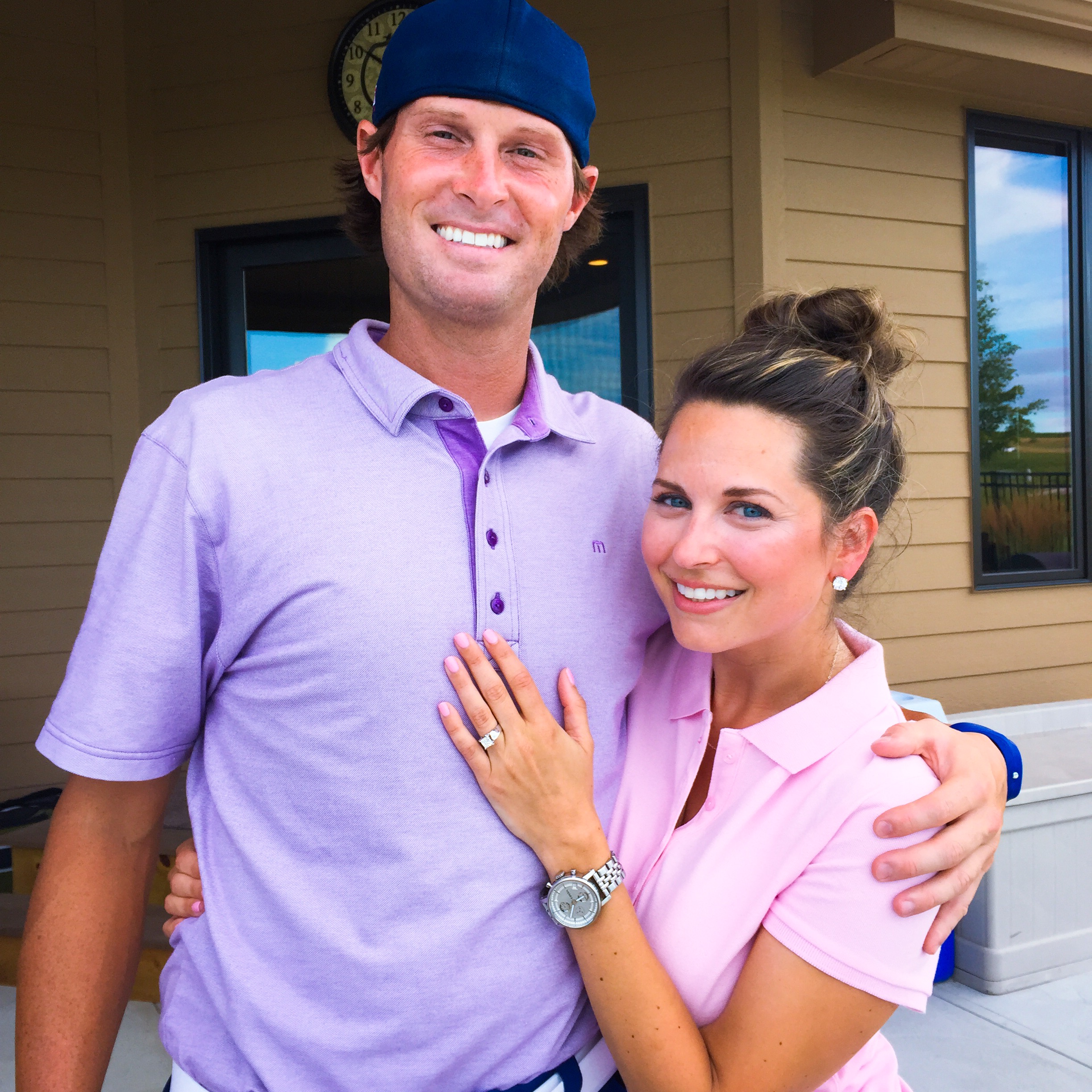 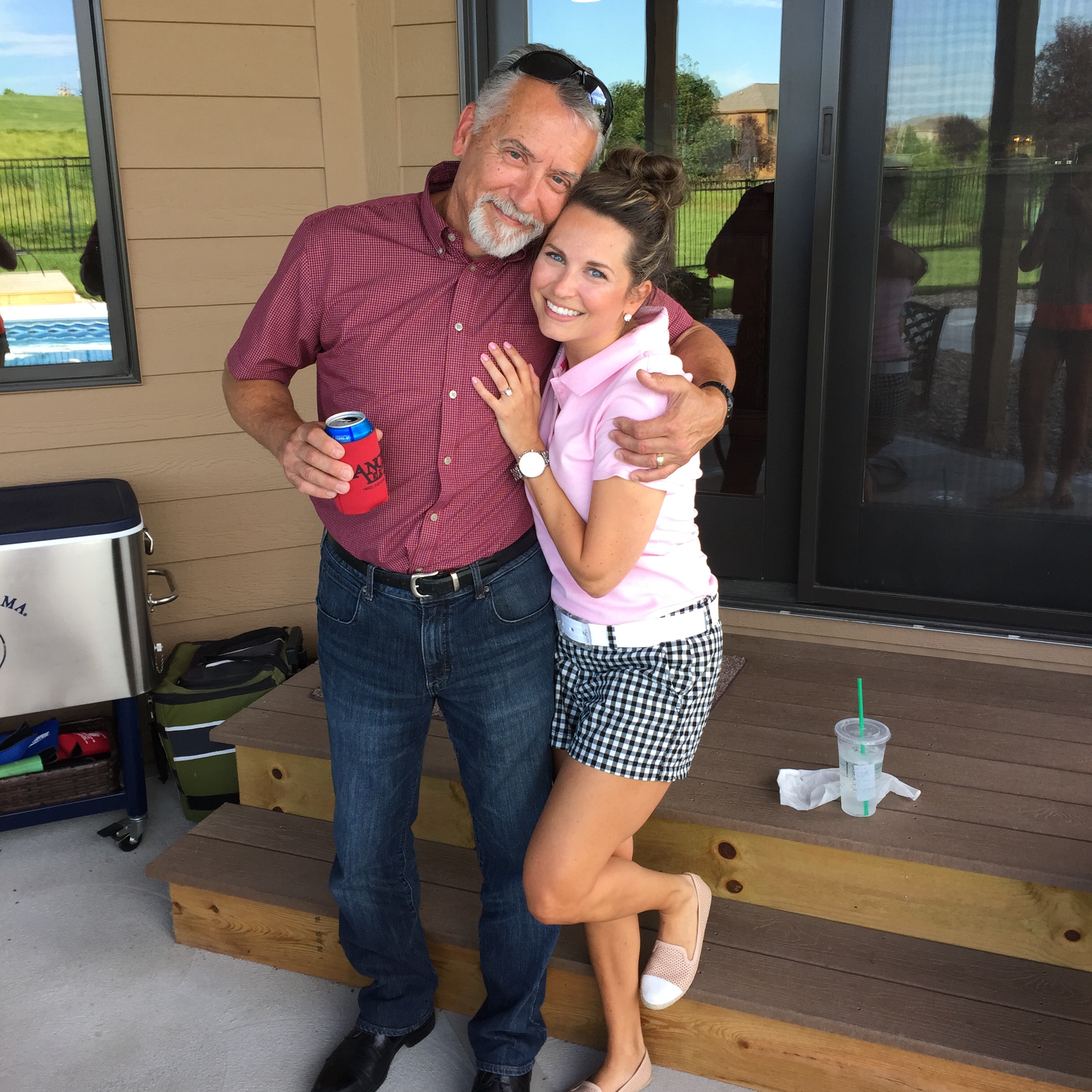 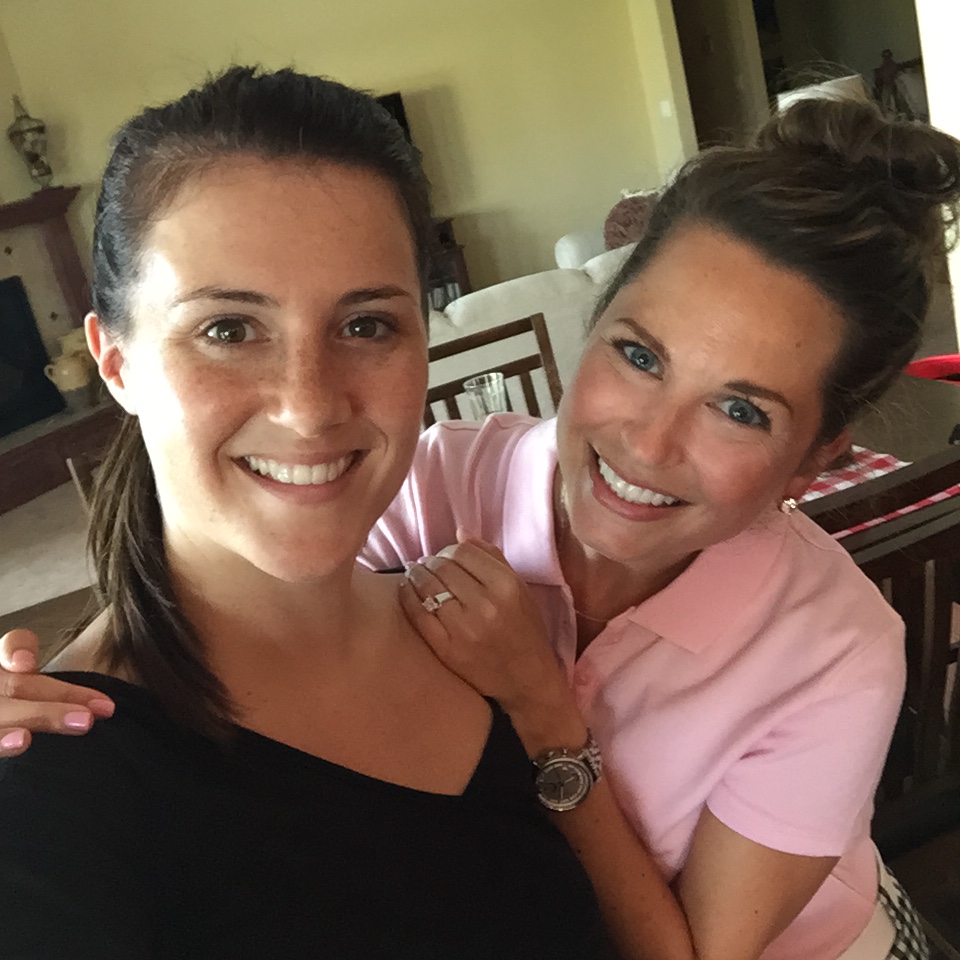 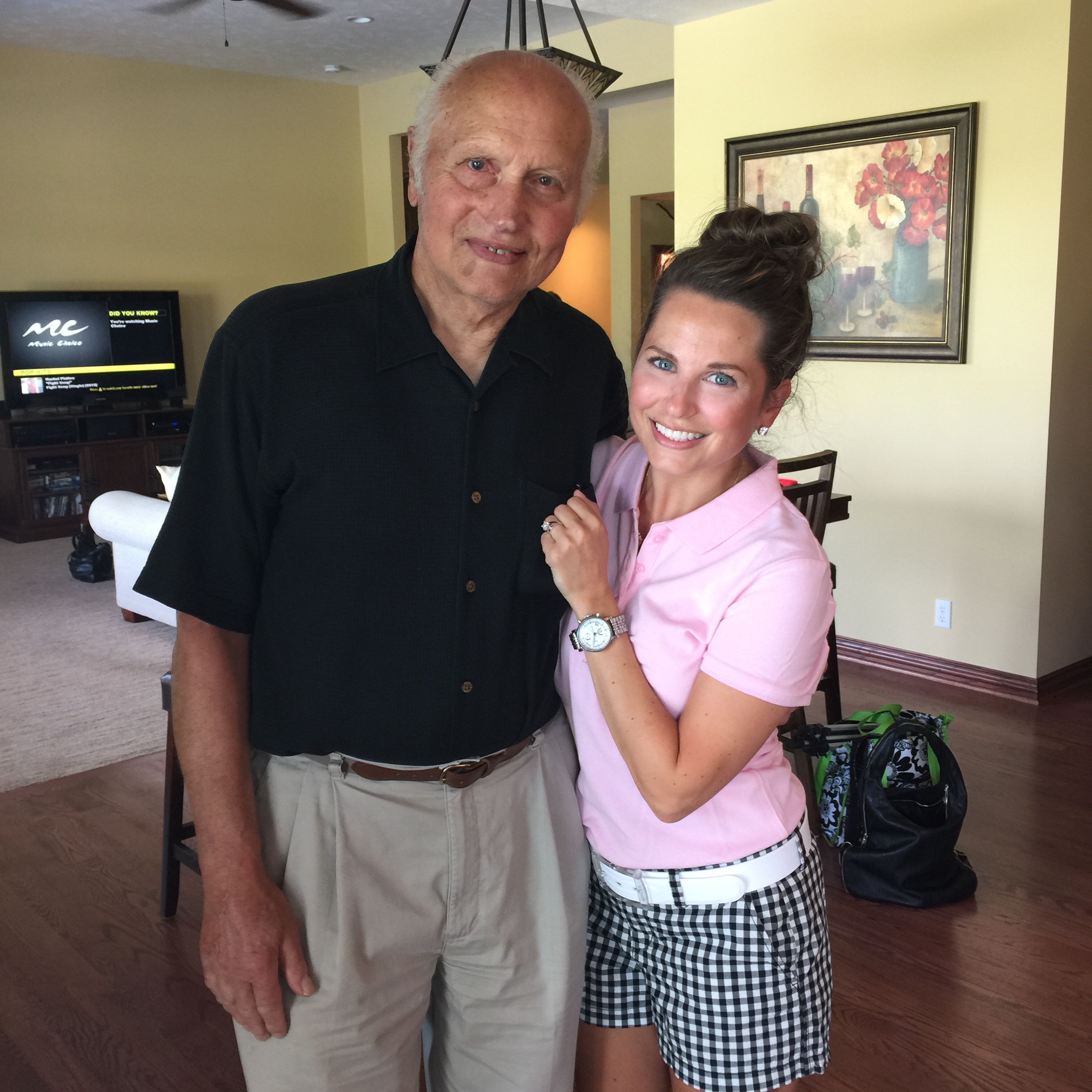 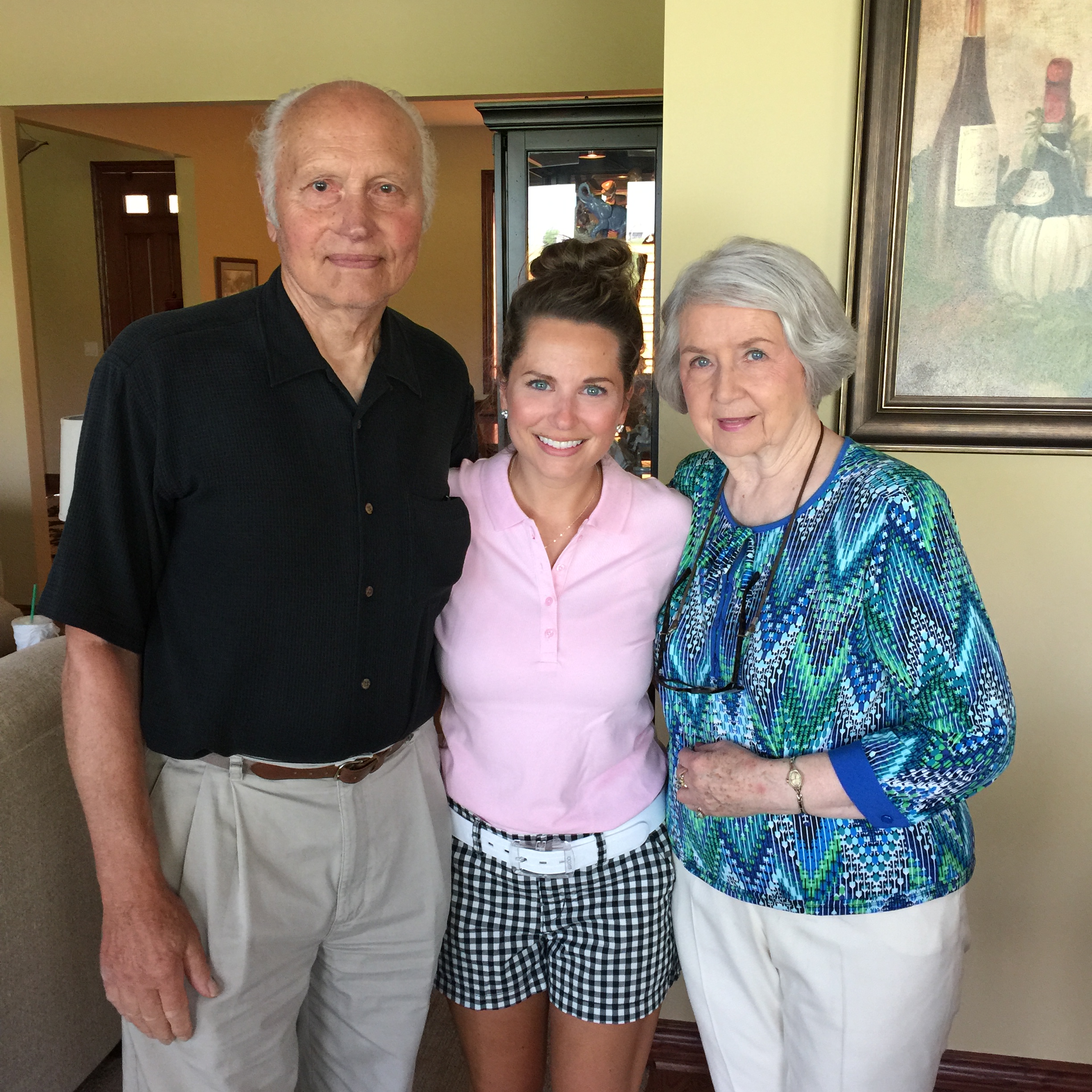 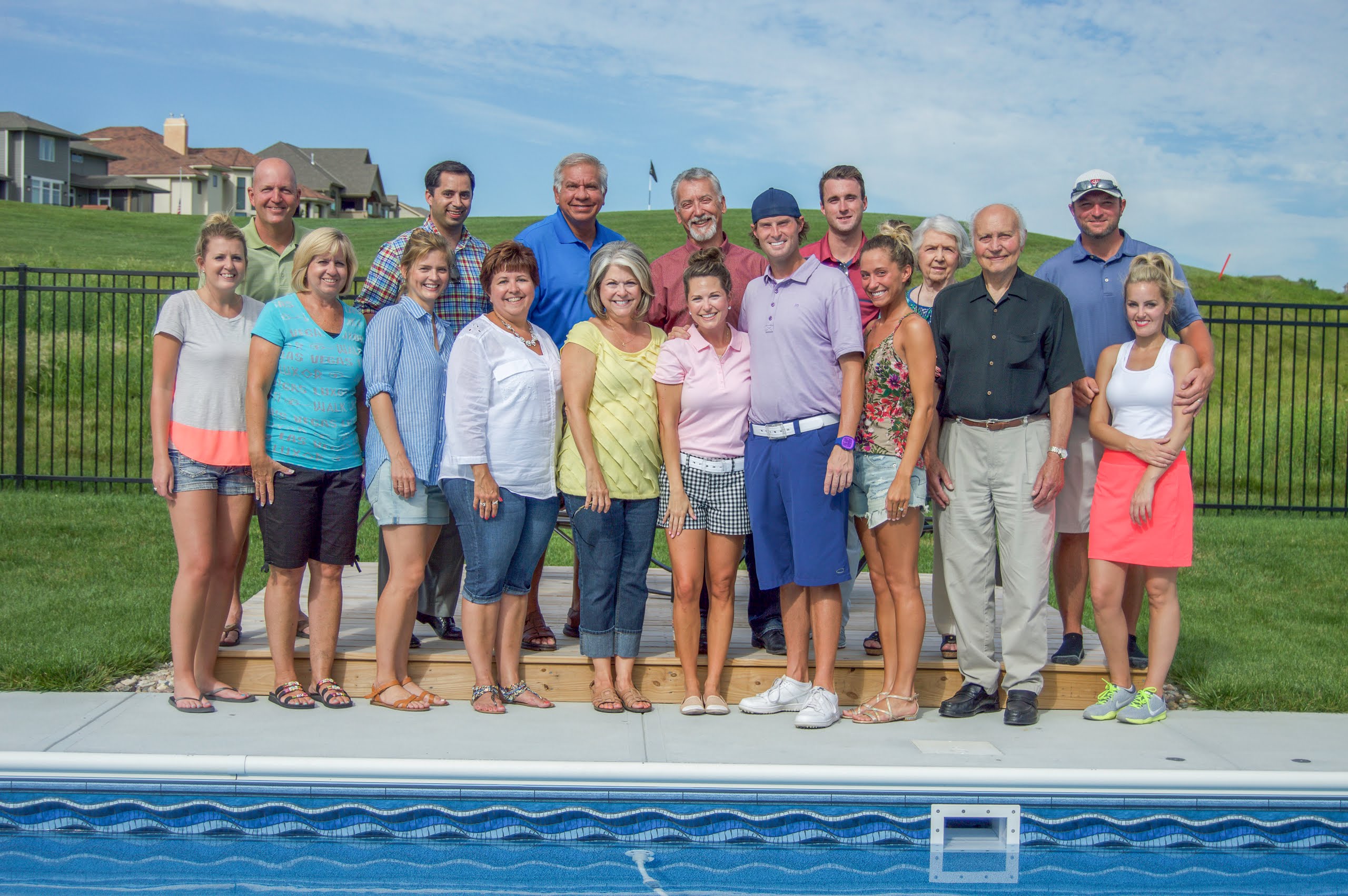 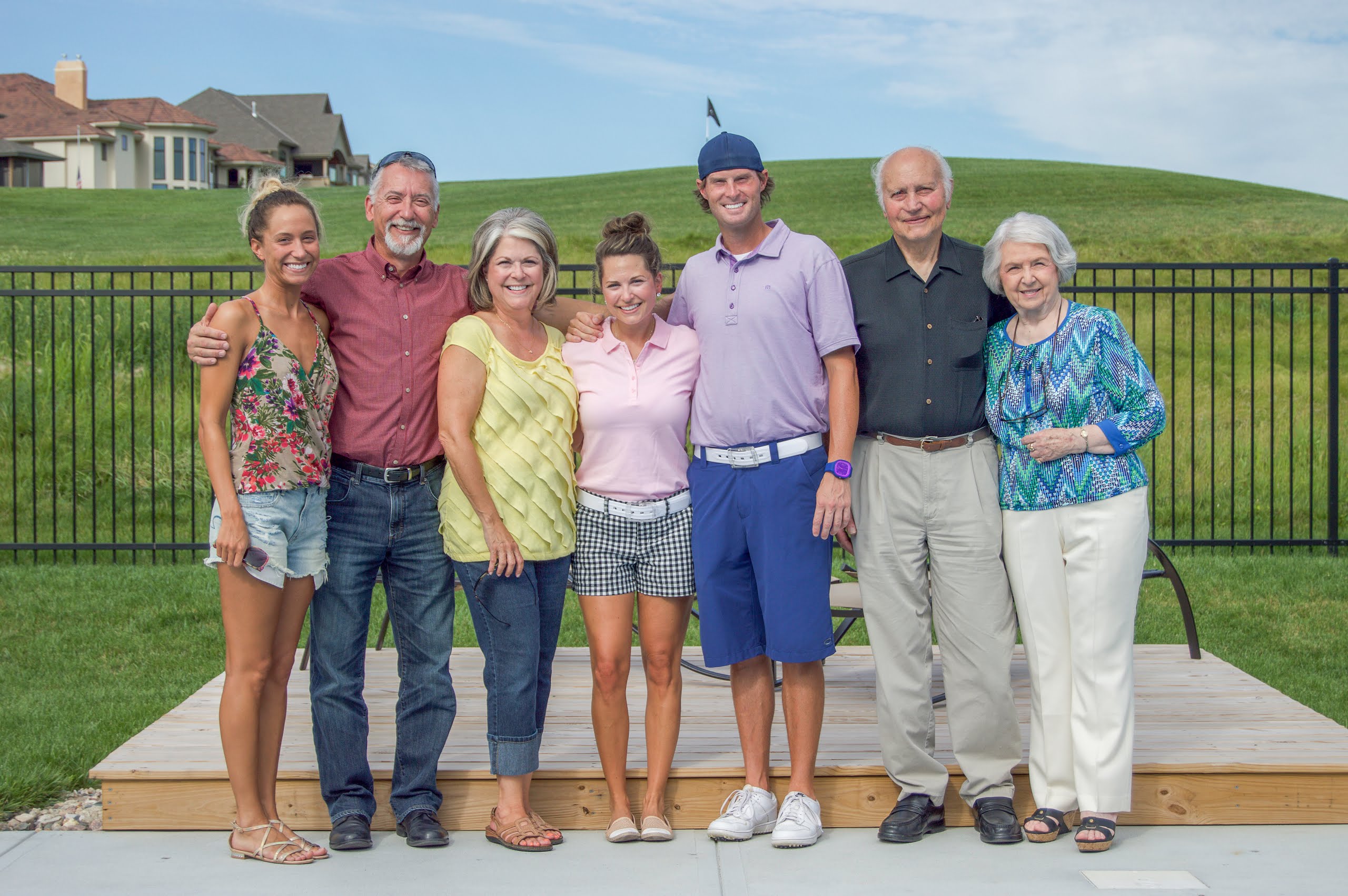 And then we had to go back to the hole and re-enact the moment! 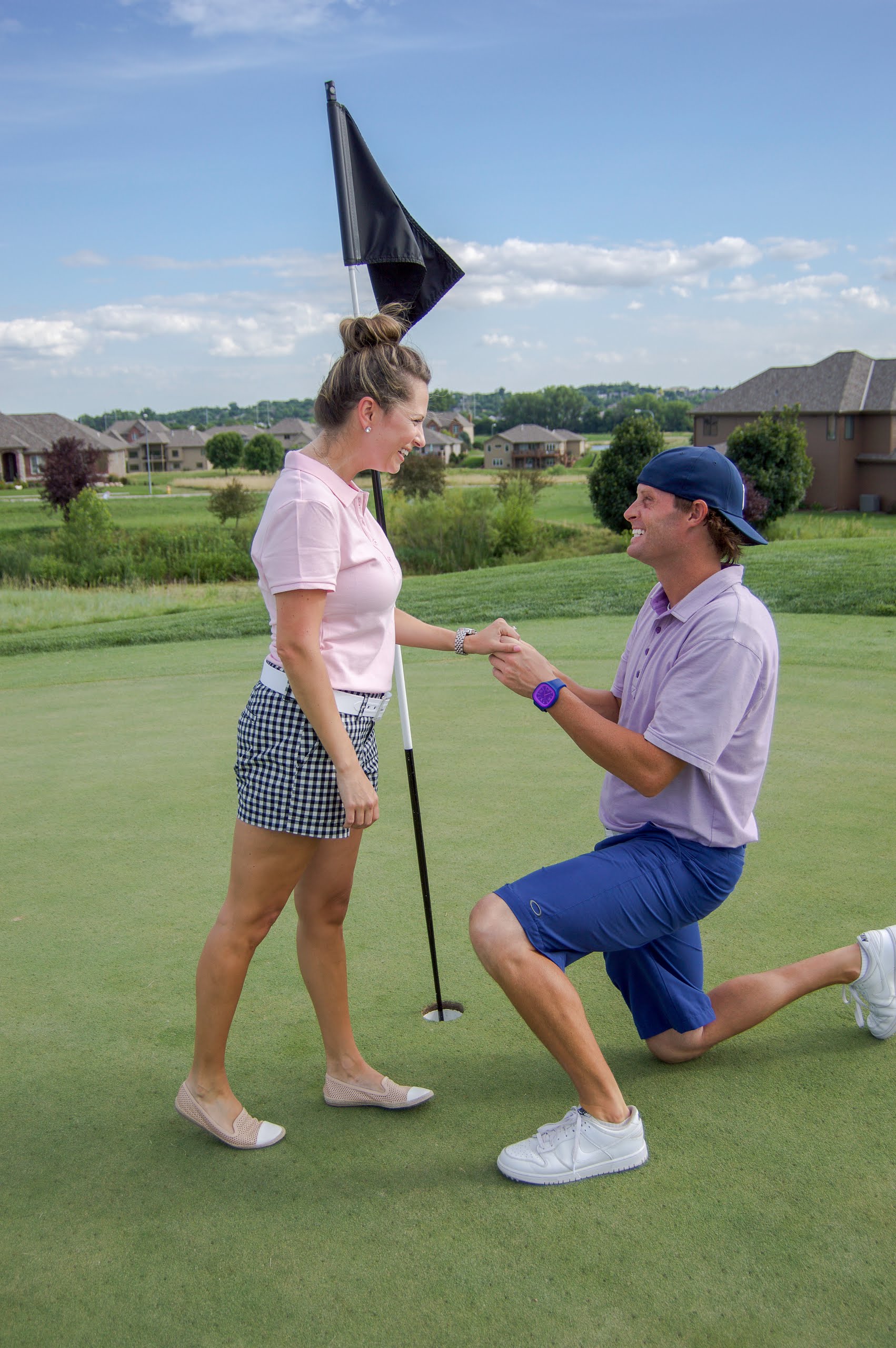 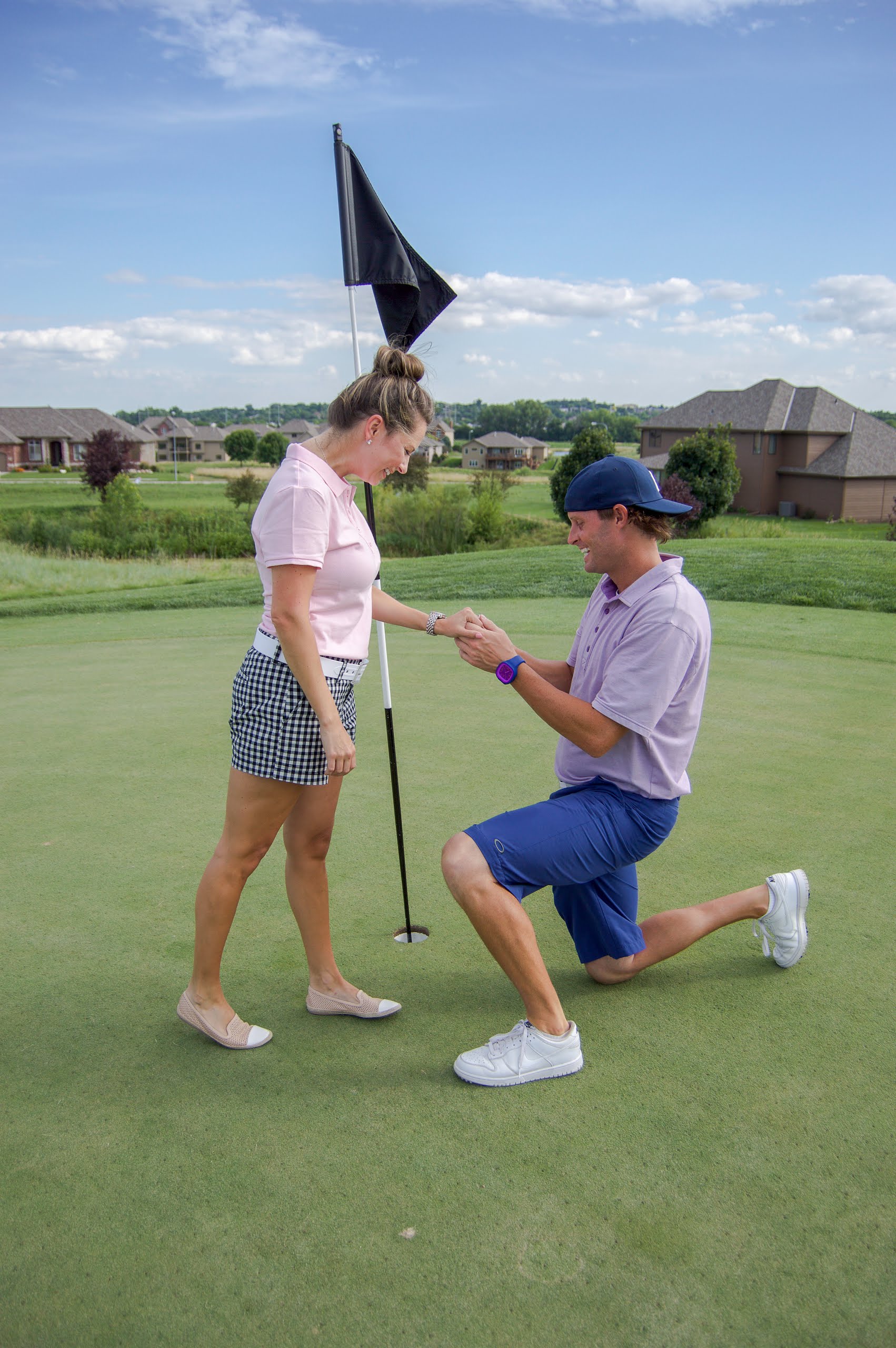 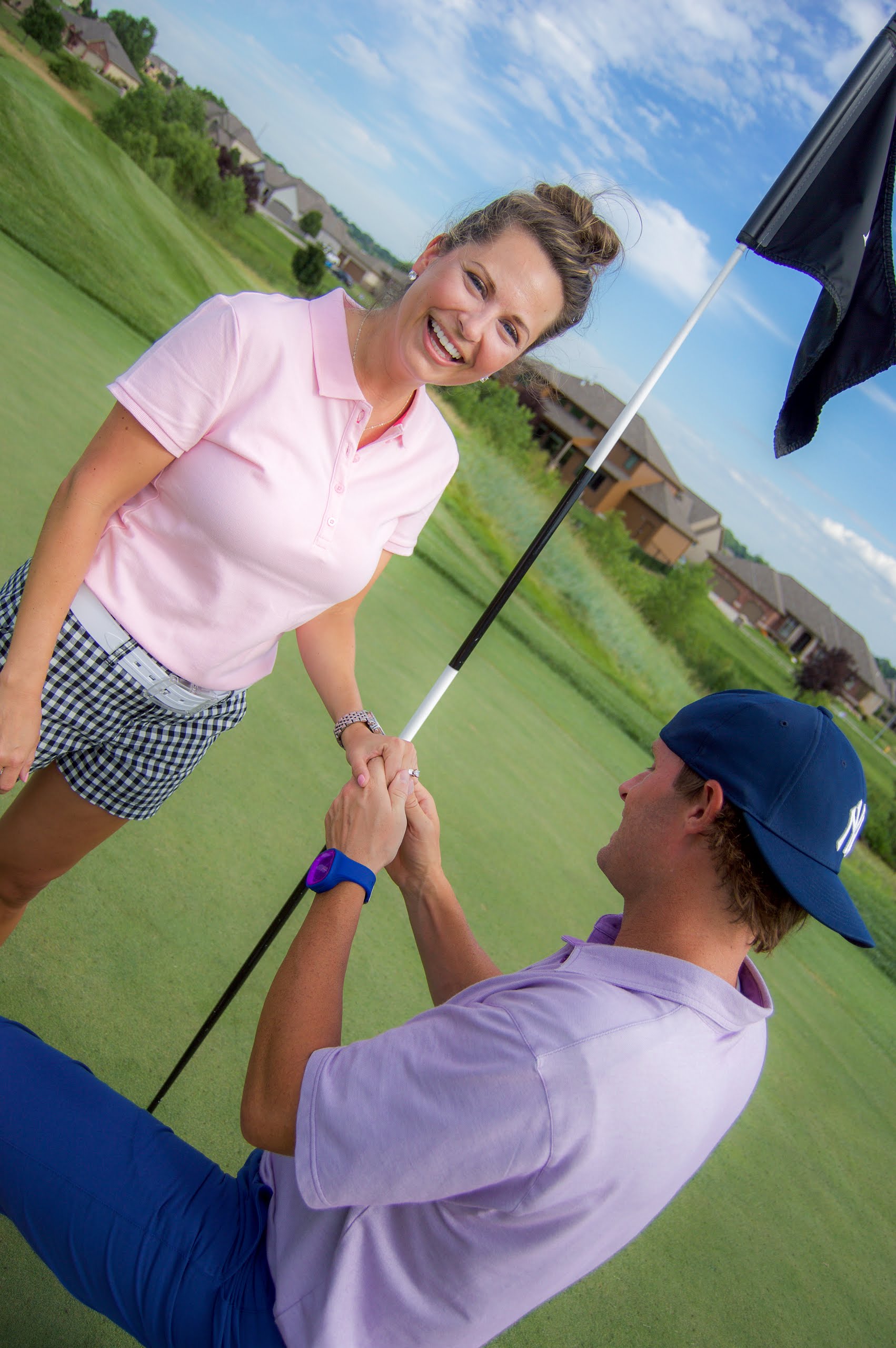 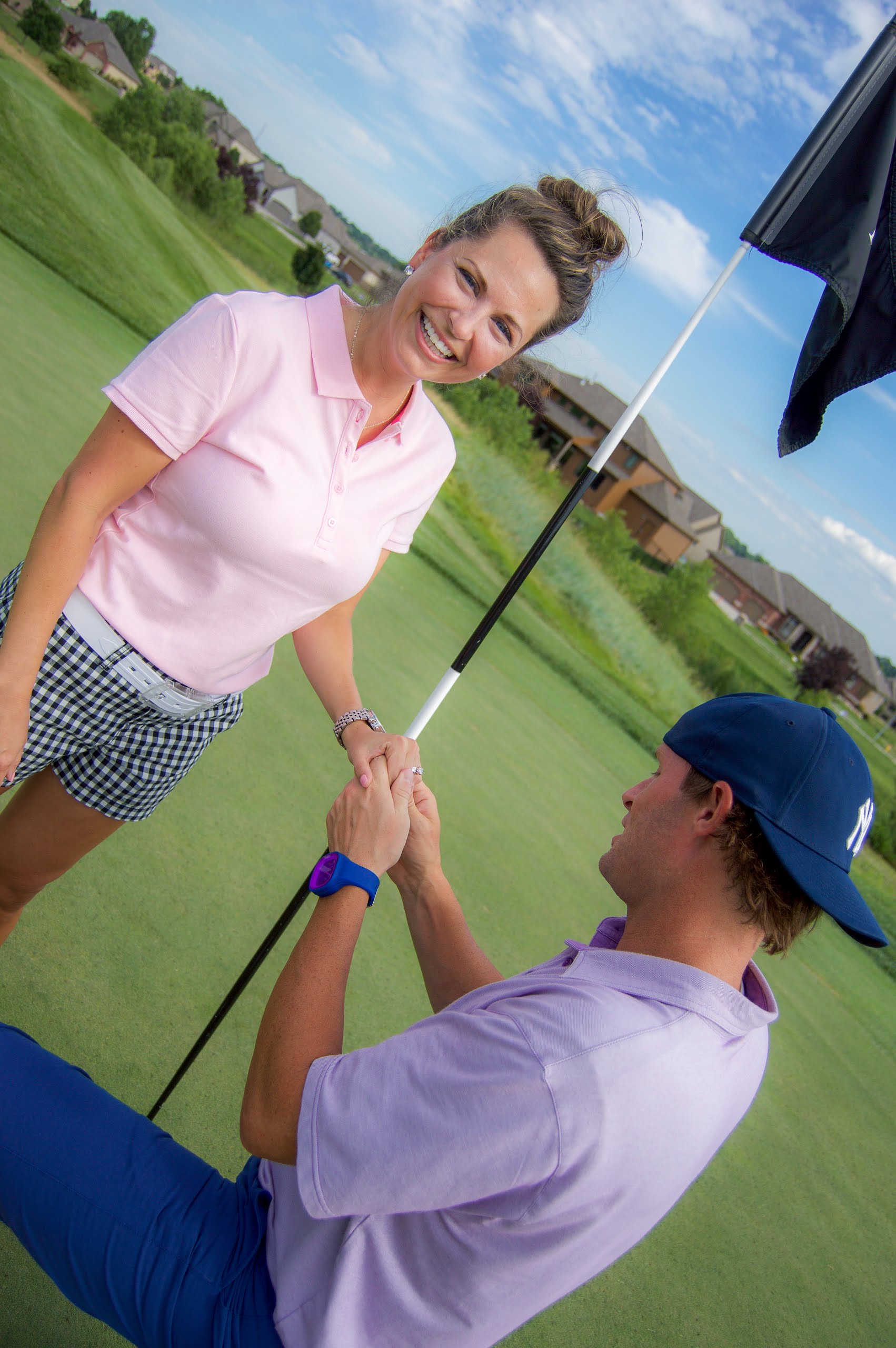 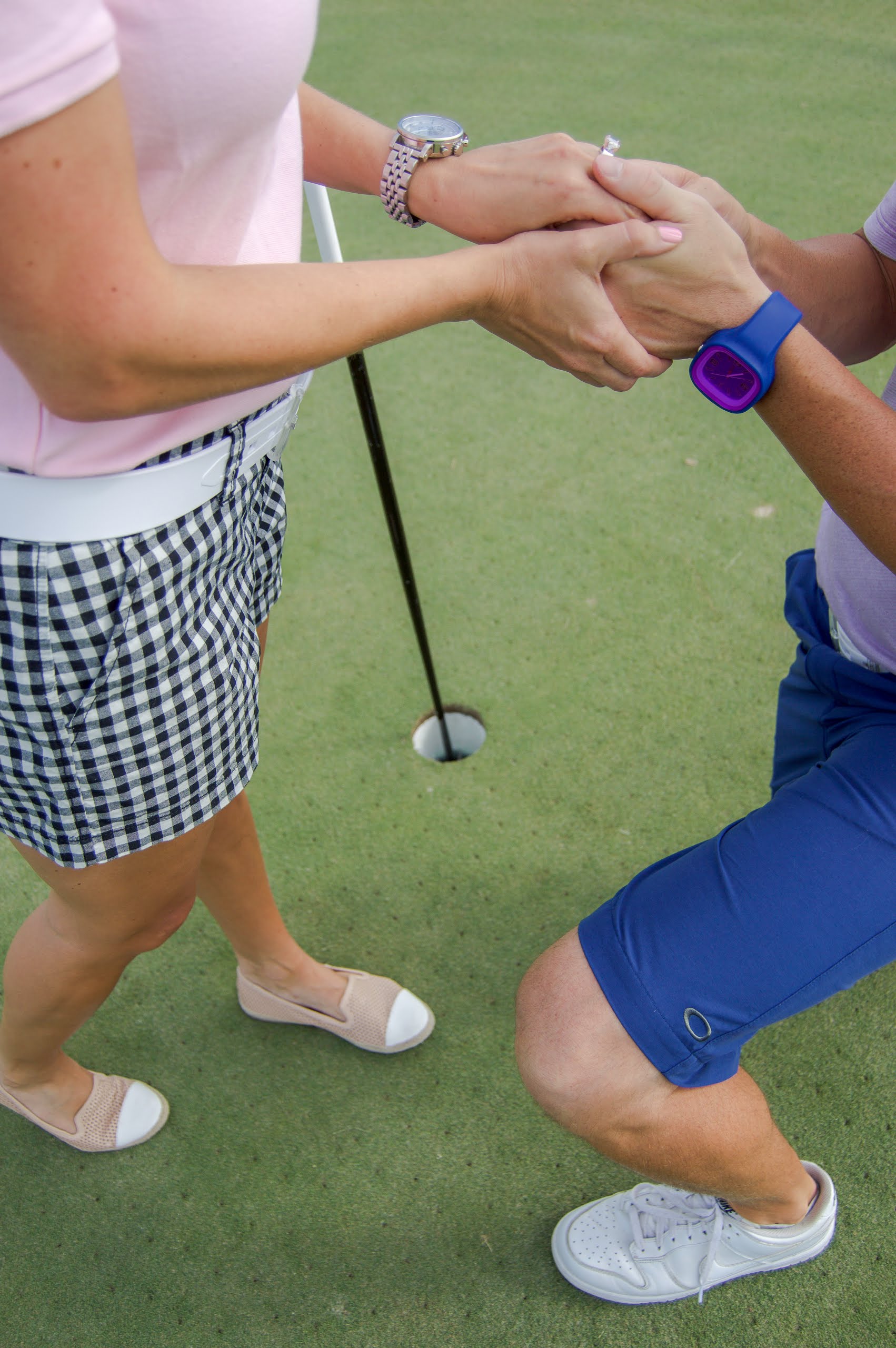 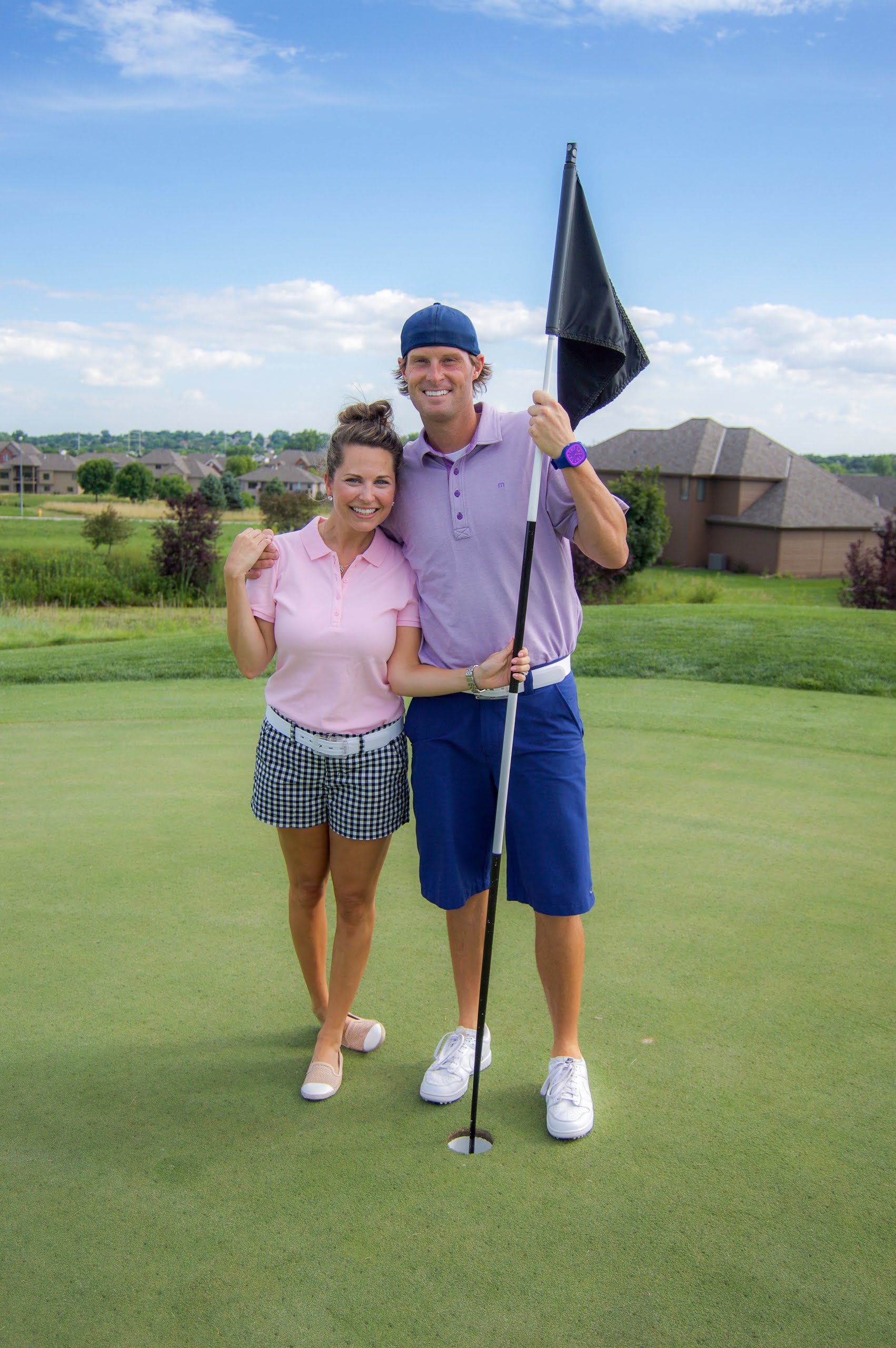 Thank you to everyone for the sweet wishes and kind words; we are overjoyed and completely on cloud 9!

14 Responses to Bye Bye “Manfriend”, this lady has got herself a FIANCE!