10 Week Challenge Check-In, the Most Flattering Leggings Under $40 + a $750 Nordstrom Giveaway 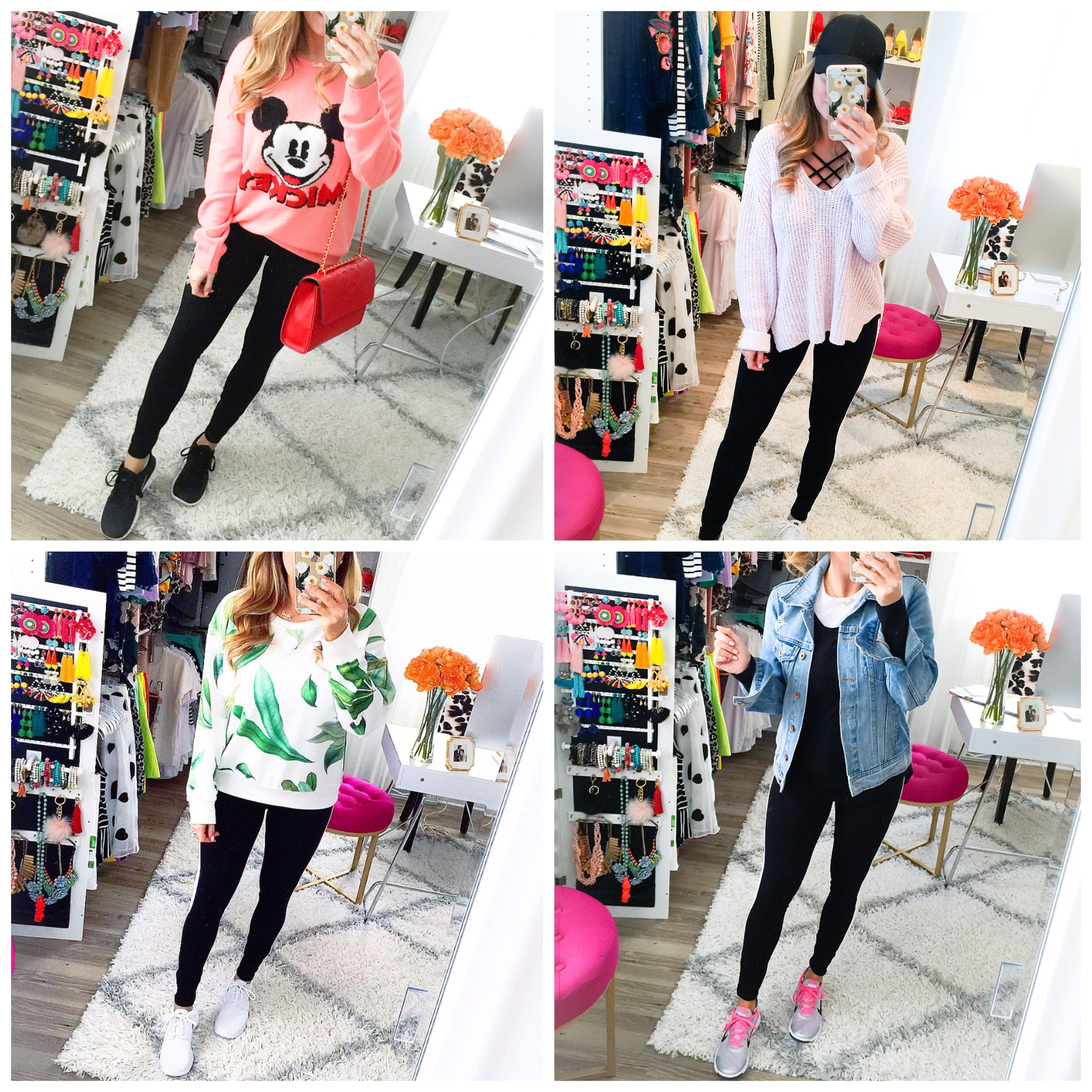 Hi friends and happy Monday!  I can’t believe we’re just about half way through March and with Spring being a week away, it feels like a great time to check-in on where I’m at with the goals I set for myself in 2018!  This year more than ever I was in desperate need for a change.  Not like a cut my hair kind-of-change, but a lifestyle change.  I shared in my 2017 Year in Review and in my Achieving my Fitness Goals post that in 2017 I literally worked out 4x.  FOUR TIMES people.  That is so.so.so. sad!  And I have zero excuses for it.  My lack of fitness and dedication to my workouts stemmed primarily from not having a consistent morning routine.  Heck, it directly resulted from not waking up before noon!  It’s awful to admit, but since I’m my own boss and set my own schedule, I was terrible at waking up in the morning.  I would have great intentions the night before to wake up early, workout, and then tackle my work & life to-do lists!  But because I was in such a rut and was in the bad habit of sleeping in, I would sleep late and then half the day was gone, so I had to bust my butt to get my work done.  Not only was my fitness and toned body taking a hit, but I was half-assing my business, my marriage, my friendships, and all around duty to be a good productive human!  I didn’t have balance and after a full year of “trying” to get my shit together, I knew 2018 needed to be different!

So I said YES to the Farrell’s Extreme Bodyshaping 10 Week Challenge and it has truly transformed my life!  Going from barely waking up before noon most days to waking up at 7am every day (except Sundays) and consistently going to 8:30 class has been nothing short of a life change and I couldn’t be happier – and a little proud, too!  It’s amazing how much more productive I am – if you’re a morning person, you’re thinking #duh – but this was a revelation!  I’ve always wanted to be an early riser but just figured I would be forced to become one when I became a mother haha.  This new found productivity has directly turned into a new level of happiness!  I have clarity and focus and it has helped me see what is healthy & good for my life, heart, and soul and come to terms with the things & people that aren’t.  This 10 week challenge has been so much more than a physical, loose some fat, challenge.  It was a challenge to be better, to do better, and to become the best version of myself!

I was scared to begin, as I’ve never taken a kickboxing class and haven’t lifted weights in ages.  I’ve also never been a gym person, so the idea of working out in a class-setting with experienced Farrell’s members was also intimidating.  But those preconceived notions couldn’t be further from the truth.  I was welcomed with open arms, never once felt judged, was encouraged every step of the way, was held accountable (which is huge for me), and was inspired each and every day but men and women of all ages and body types who were bringing it hard each class!  I’m excited – and nervous – to share my before and after pictures with you guys in the coming weeks, but I try not to focus too much on the pictures or what my measurements are.  Nobody ever stayed out of shape & unhealthy by working out 6 days a week and eating smart most of the time!  If I continue to put in the work, the results will come.  No matter if my stomach gets flat (or flatter) and my back fat goes away, I am stronger and healthier than I was 9 weeks ago in more ways than one!

At my 5 week check-in, I was down about 5% body fat and a few inches over all (some in my chest, arms, waist).  I was up three pounds in weight but I pay no mind to that silly scale because muscle weighs more than fat and my jeans are loose, so booyah!

I know that kickboxing or group fitness classes aren’t everyone’s cup of tea, but if you are on the fence about trying or have any interest in Farrell’s, I highly recommend saying YES to the 10 week challenge!

Now about these leggings… y’all, these are LEGIT so flattering!  I’ve been wearing them nonstop (clearly) and went back for a second pair.  The high waist keeps everything locked and loaded, which is super important for me when working out, and the white stripe down the sides give a more slimming allusion!  I also love that they aren’t super long.  I’m 5″3 and I don’t have to cuff or roll them!

For size reference, I’m wearing an XS but usually wear a Small in most leggings. 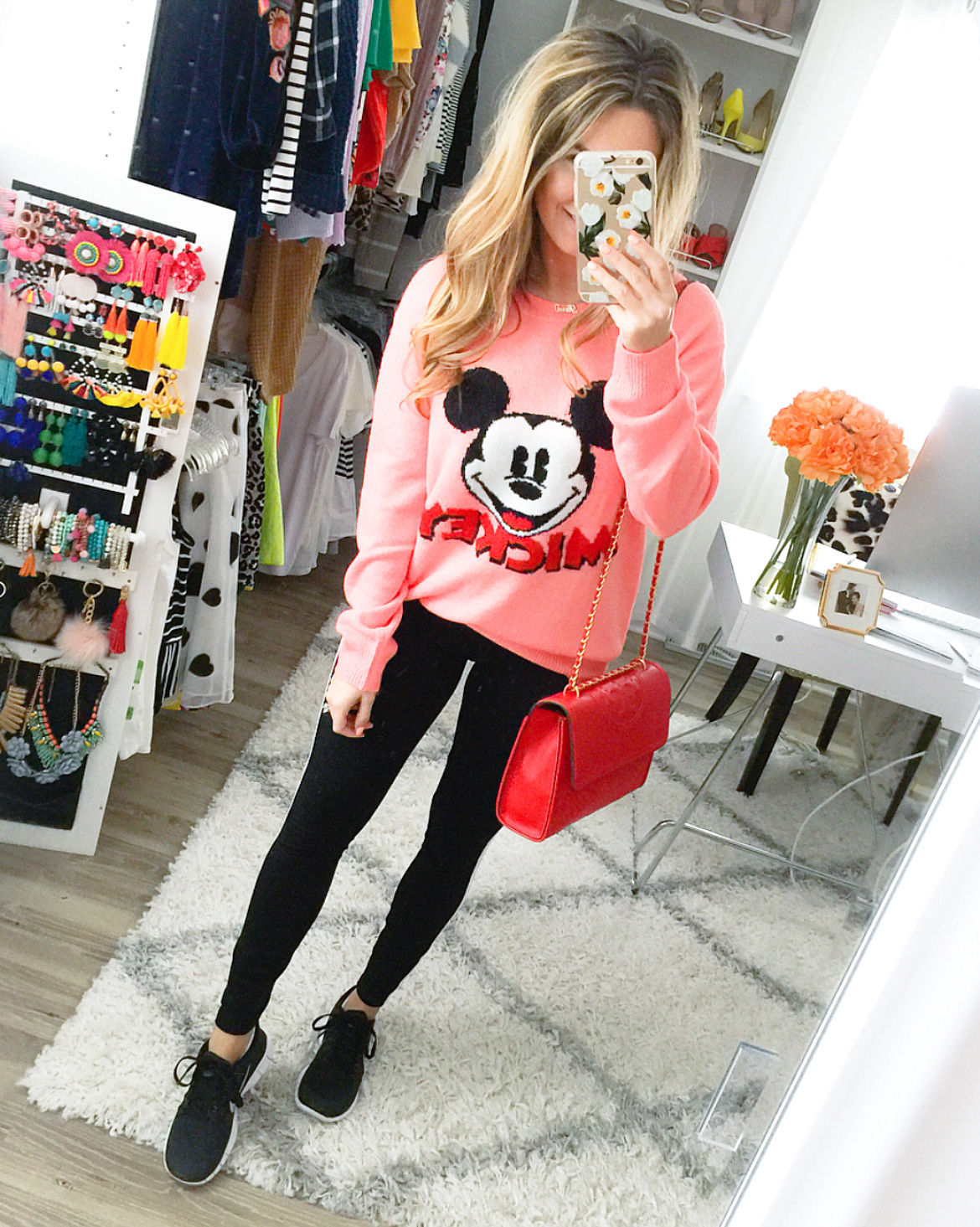 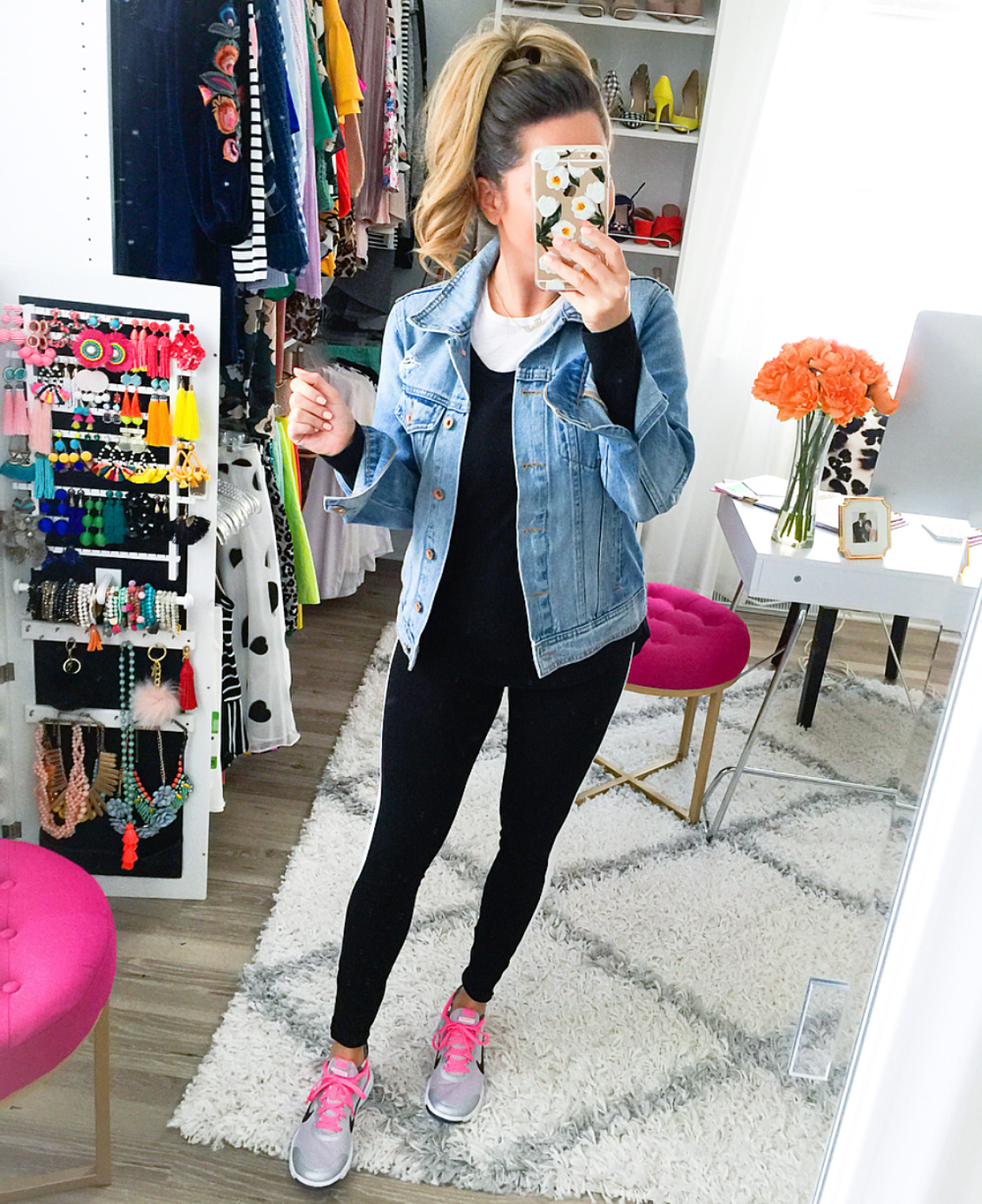 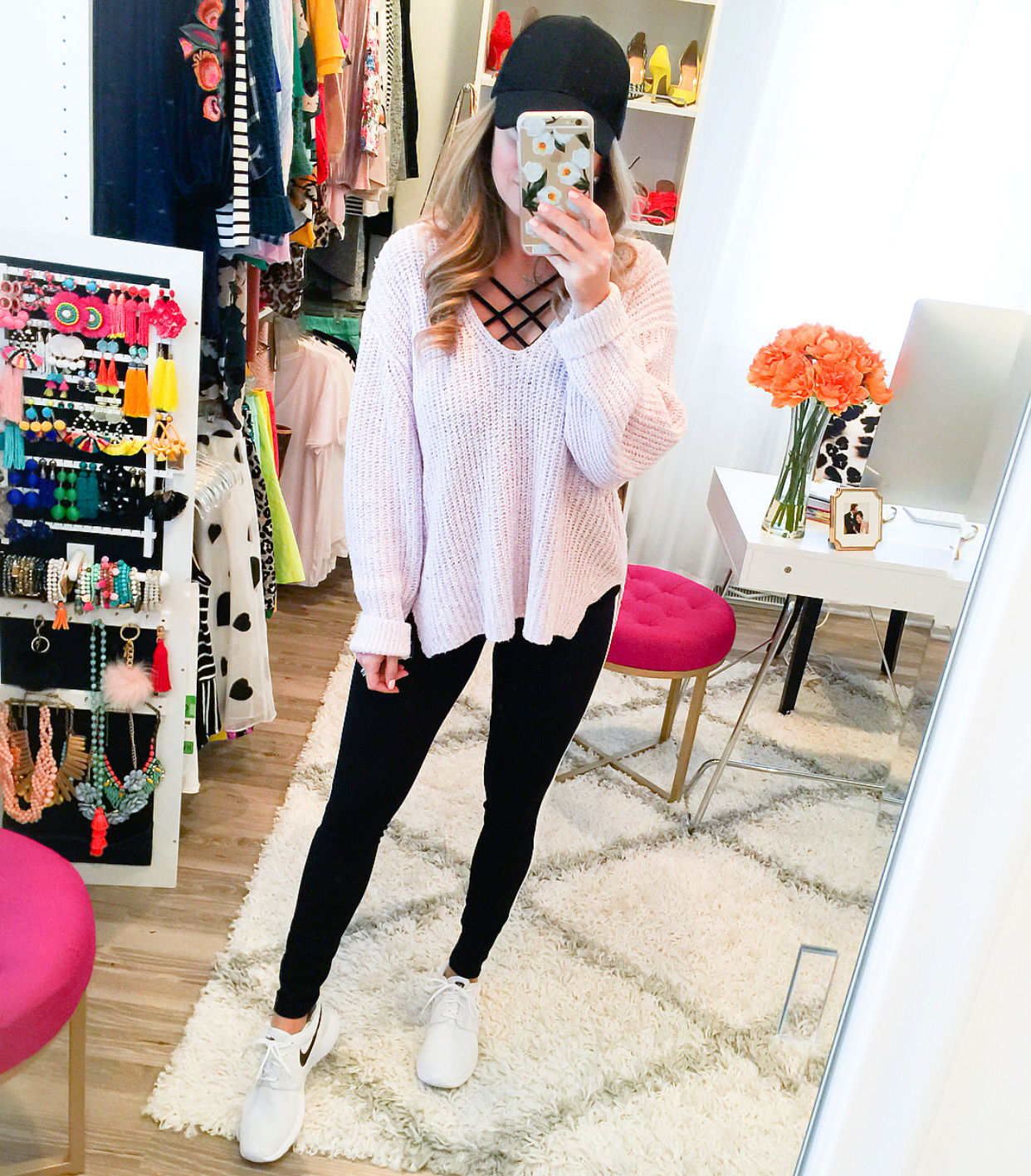 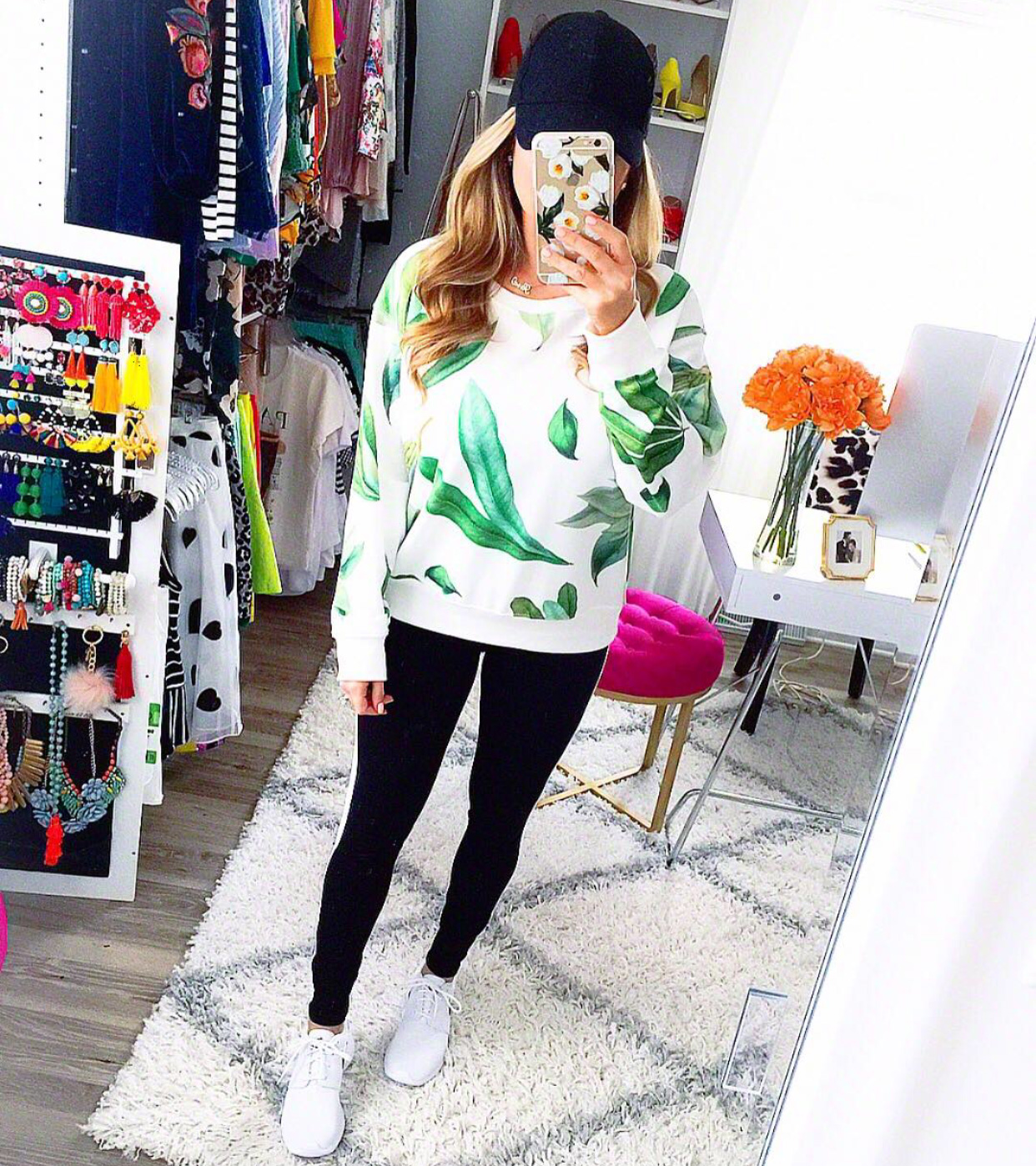 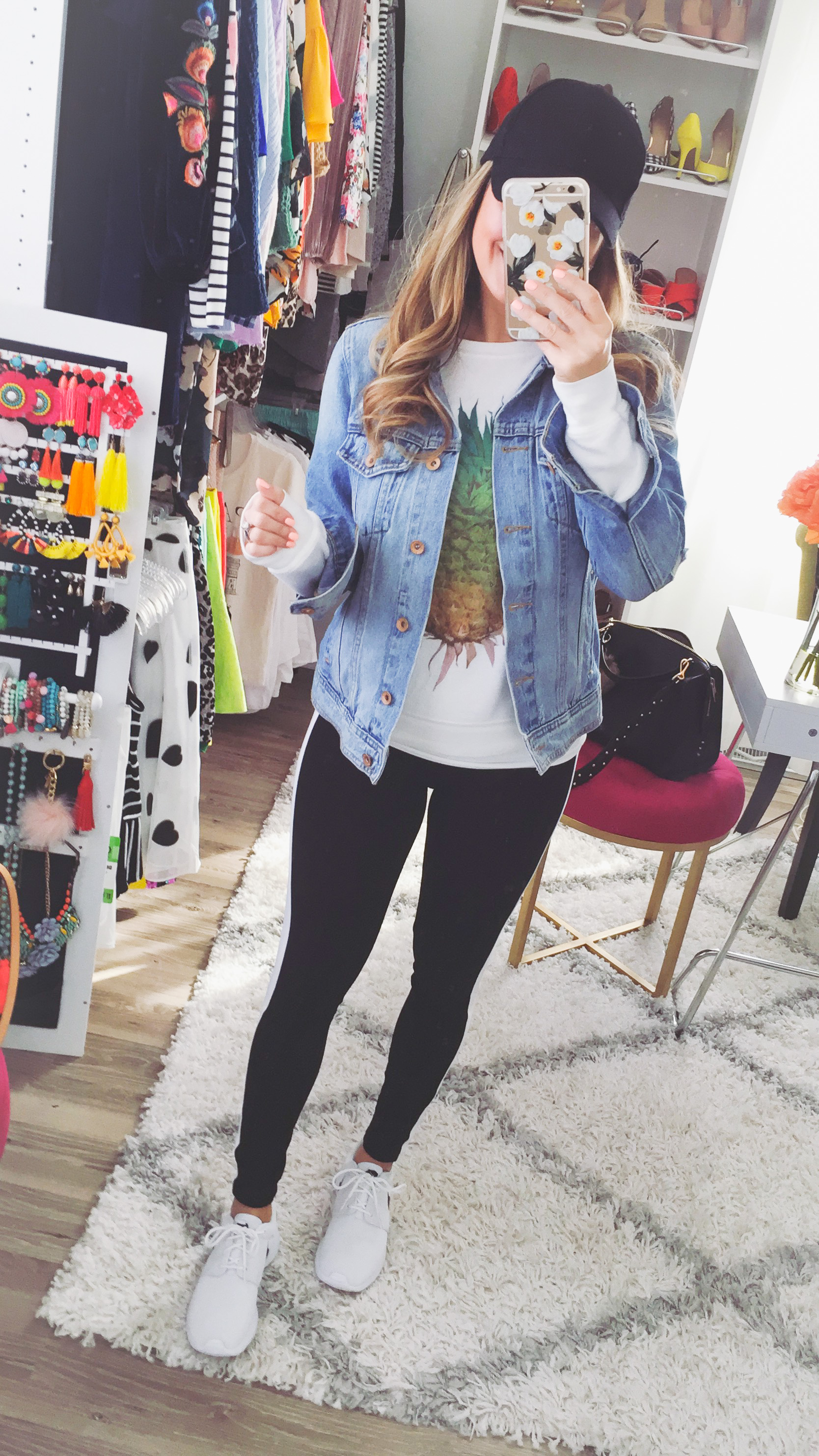 I’ve teamed up with an amazing group of bloggers
to give YOU a chance to win:
a $750 Nordstrom Gift Card to spruce up your spring wardrobe!

Simply enter below by completing the rafflecopter.
You’ll receive one entry per completion.
This giveaway is open internationally and runs until end of day 3/19.
Winner will be announced here. Good Luck!

*this giveaway is in no way sponsored by Nordstrom.

26 Responses to 10 Week Challenge Check-In, the Most Flattering Leggings Under $40 + a $750 Nordstrom Giveaway